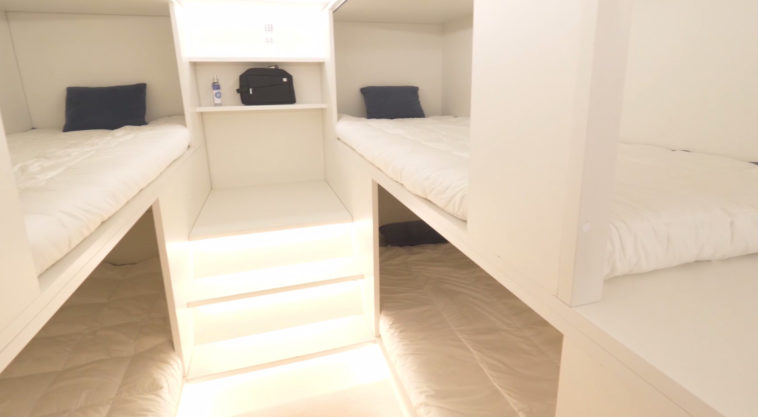 As far as ideas go, we would much rather sleep on a plane, than Snakes on a Plane. The first one of these we saw in a 2006 movie starring Samuel L. Jackson. It was an okay idea. Now, thanks to Airbus and Zodiac, we may be about to see a new version of the second one, where cargo areas will be decked out with beds and relaxation areas. This is a brilliant idea.

At a closed-door ceremony at the Aircraft Interiors Expo in Hamburg, Airbus announced a new product which will allow airlines to put in and remove modules into the cargo area. The unveiling focused on the idea of luxurious premium sleeping arrangements. However, airlines could set these modules as conference rooms, living rooms or areas that can be used for either sleeping or relaxation.

All-in-all, this may revolutionize how we relax while flying. The days of just putting up your hood, having a large drink and hoping for the best might be over. Now, you might be able to retire to your cabin and catch some sleep.

Aviation companies will be given the option of putting in bunks, like the ones that exist on ferries and cruise ships. These modules would be easy to remove and change during layovers and could offer airlines an extra method of flexibility, which in turn, would give their passengers an added luxury while in the sky.

The future is here and the future is actually being able to relax while flying. The future is also probably Snakes on a Plane 2, but we are okay with that, as long as we can sleep through it in our cargo-based bed.