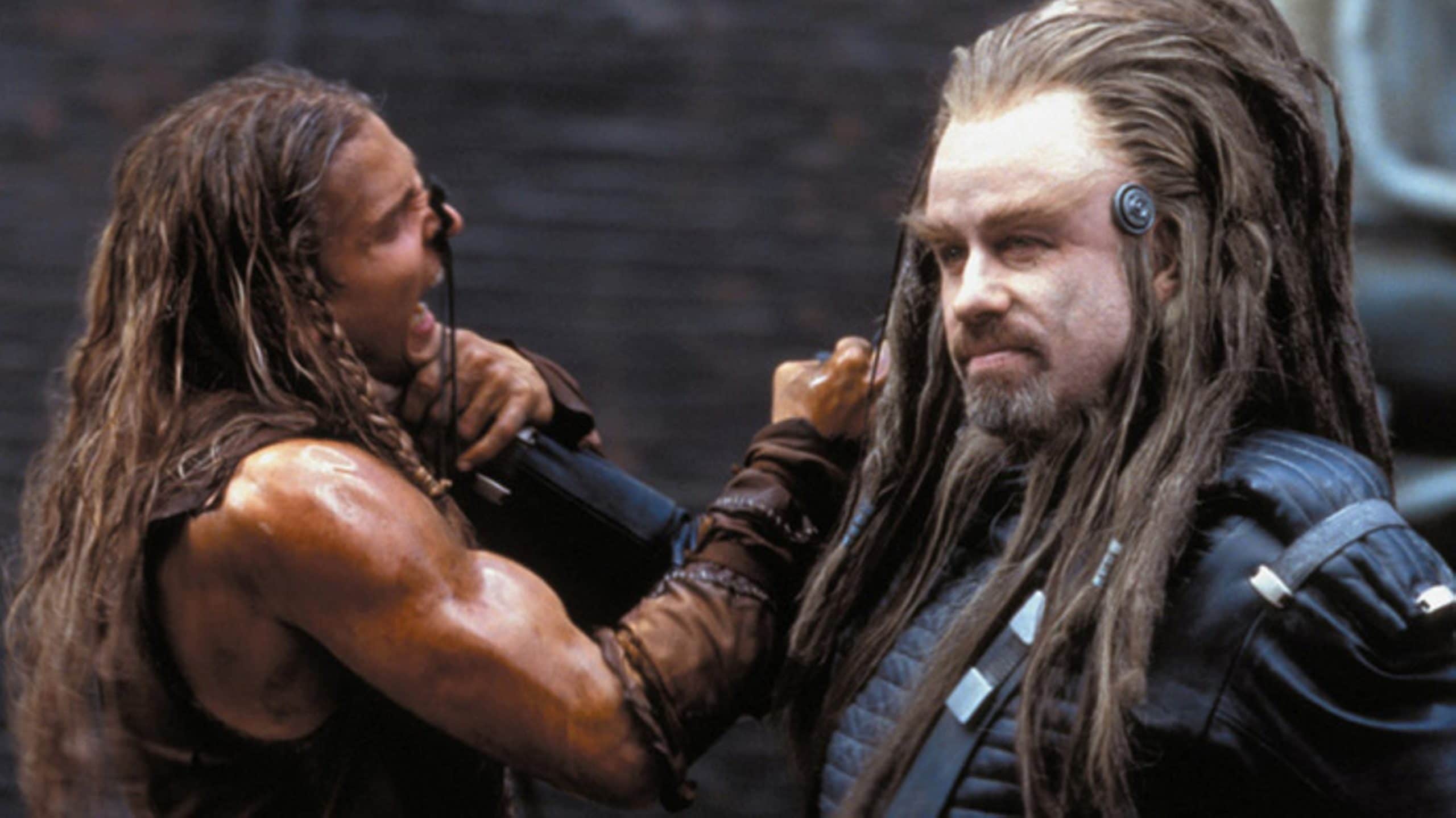 Based on the 1982 novel of the same name by Scientology founder L. Ron Hubbard, Battlefield Earth stars John Travolta and follows a rebellion in the year 3000 against the alien Psychlos, who have ruled Earth for 1,000 years. Reviewers criticized almost every aspect of the film, including the acting, cinematography, script, special effects, and art direction. Rotten Tomatoes’ critic consensus calls the film “a stunningly misguided, aggressively bad sci-fi folly” that is “ugly, campy and poorly acted.” Though film critic Leonard Maltin found Travolta’s performance “weird but amusing,” this was overshadowed by the movie’s “clumsy plot, misplaced satire, unbelievable coincidences, and a leaden pace.”