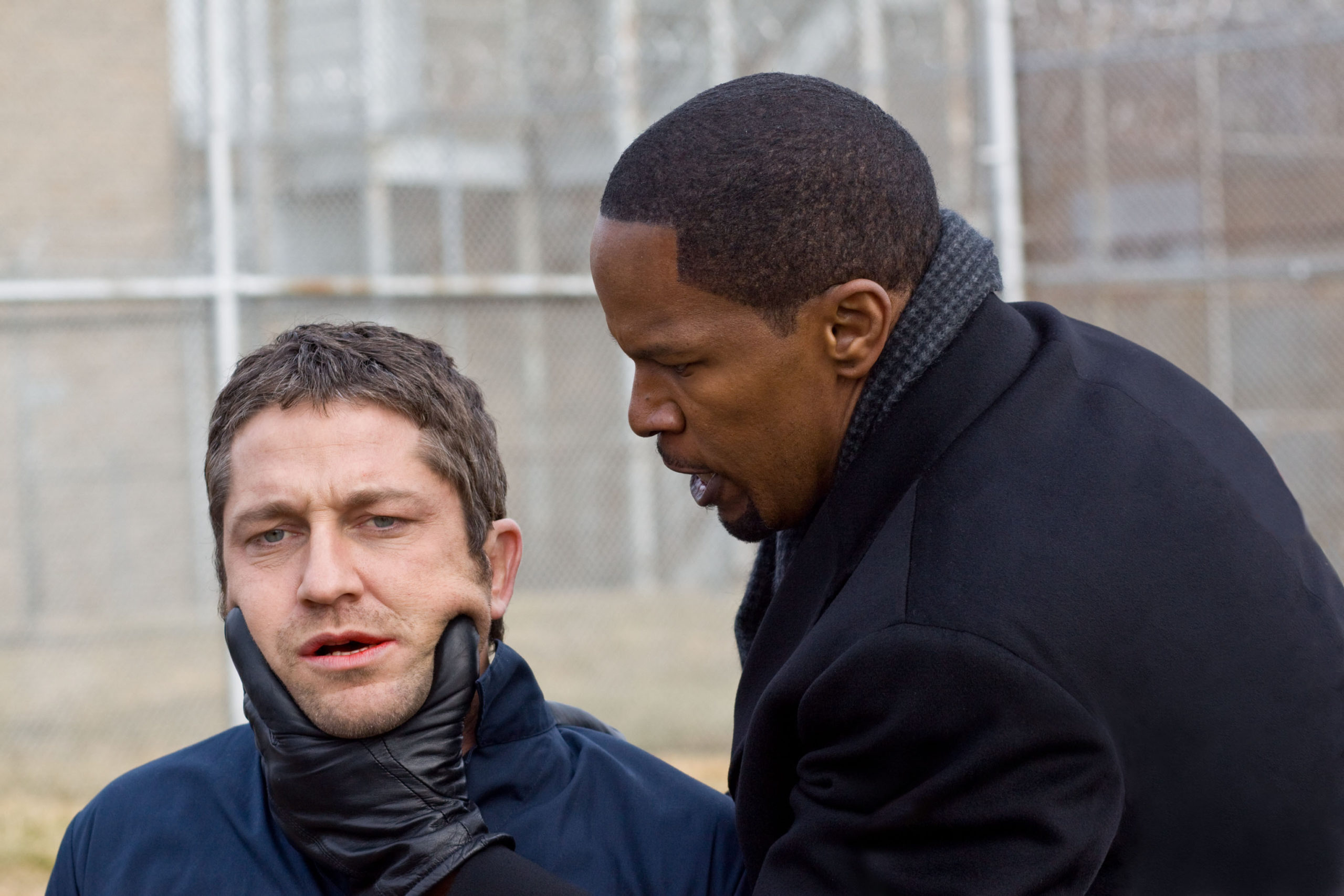 Released in 2009, “Law Abiding Citizen” is a heartwrenching, heartstopping, high-energy film that will keep you guessing. Starring Gerard Butler as Clyde Shelton and Jamie Foxx as Nick Rice, we expected nothing short of amazing, which it was! Clyde takes justice into his own hands when the law fails to punish the criminal who murdered his wife and daughter. In a very cleverly planned rampage, he targets the district attorney and everyone involved. This movie entails some of the most diabolically evil attacks we have ever seen.

From the beginning until about 15 minutes before the actual end of the film, we were ready to declare this our favorite action flick. During the entire run of the movie, you will find yourself rooting Clyde (attacks on innocent people aside), because he was doing all this out of vengeance for his family. Clearly a jab at the faulty justice system, most viewers were definitely on his team. That’s why it totally broke us when Nick Rice rewired a bomb that he planted, instantly killing Clyde in his jail cell. Boo.