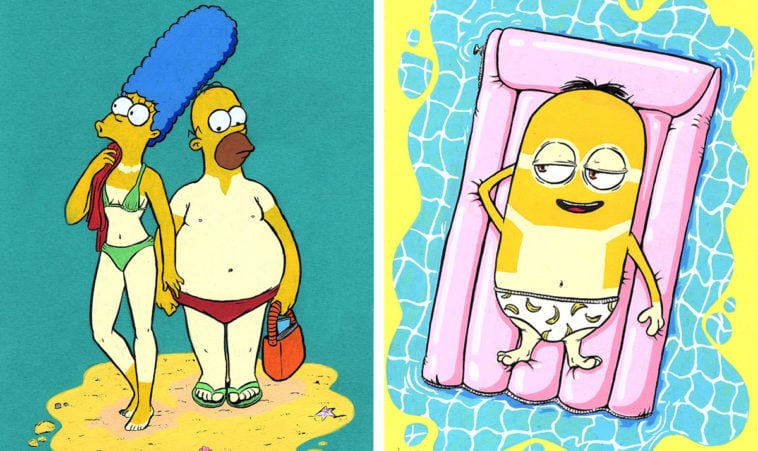 French illustrator Linda Bouderbala loves to incorporate pop culture icons into her works, and for her latest summer-themed art series, fan-favorite cartoon characters from different generations take center stage. Inspired by the artist’s own tan lines, Bouderbala’s new project imagines what Homer Simpson, Dora the Explorer, and other popular toons who wear the same outfit almost every day would look like on their first day at the beach.

Seemingly posing for a sultry beach photo, Cammy White from the Street Fighter video game series flaunts her sexy figure in a green two-piece bikini. During regular days, the assassin-turned- MI6 operative wears a sleeveless, turtleneck thong leotard, which explains the obvious tan lines on the character’s chest. And because Cammy usually wears calf-high combat boots and red gauntlets, her forearms and the portion of her legs below the knees are also lighter in color than the rest of her body.