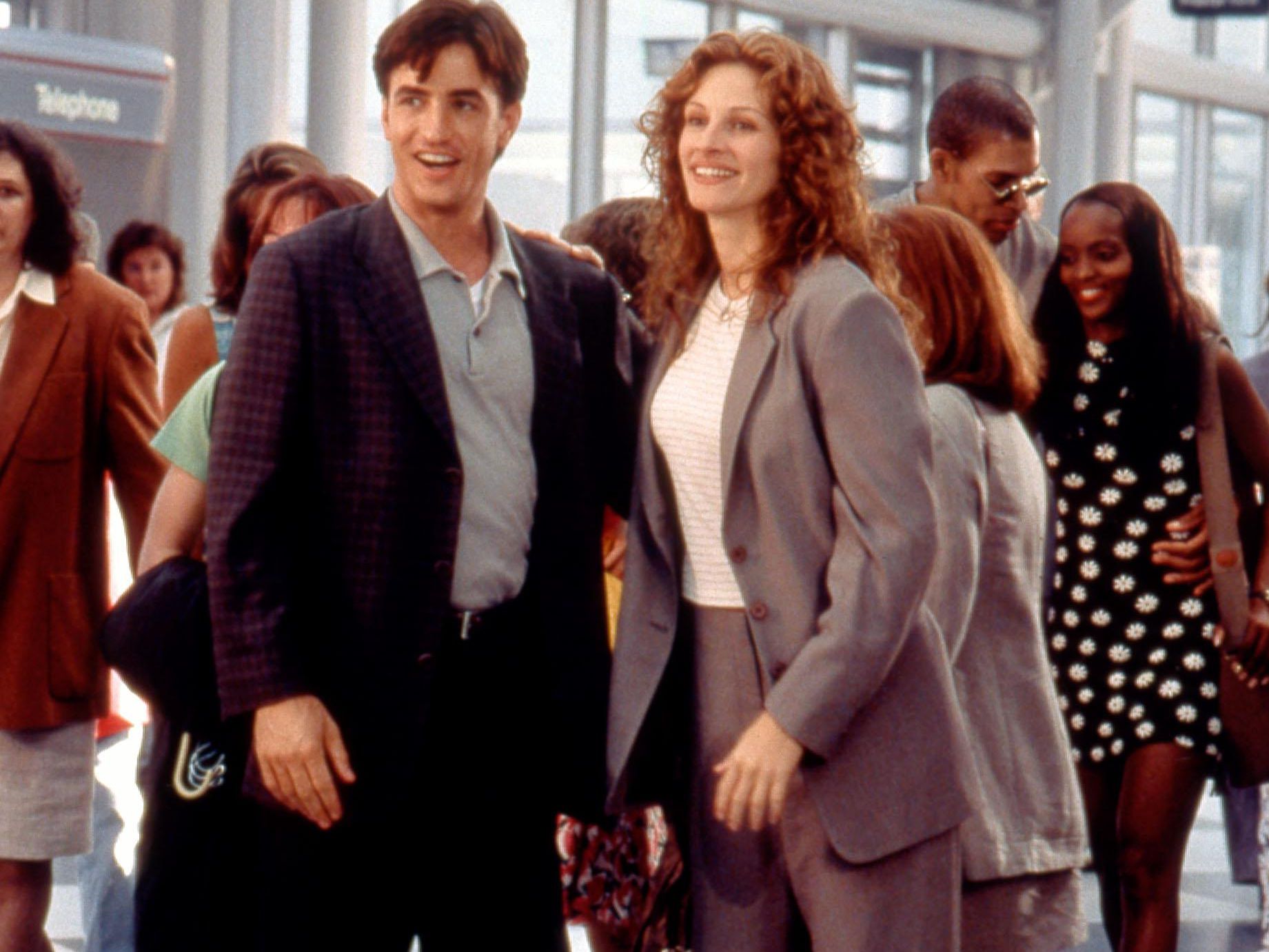 My Best Friend’s Wedding tells the story of childhood friends Julianne Potter (Julia Roberts) and Michael O’Neal (Dermot Mulroney) who had a deal to marry each other if they were still single by age 28. But four days before her 28th birthday, O’Neil reveals that he’s tying the knot with a 20-year-old girl named Kimberly (Cameron Diaz). Suddenly realizing that she’s actually in love with Michael, Julianne vows to stop the wedding at all costs. However, things get more complicated when Kimberly appointed Julianne as her maid of honor.

A subversive spin on the rom-com genre, the P.J. Hogan-directed movie is a refreshingly entertaining romantic comedy that is made more special by a witty script and strong central performances. It received generally positive reviews from critics and was a global box-office hit, grossing $299 million worldwide against a budget of just $38 million.