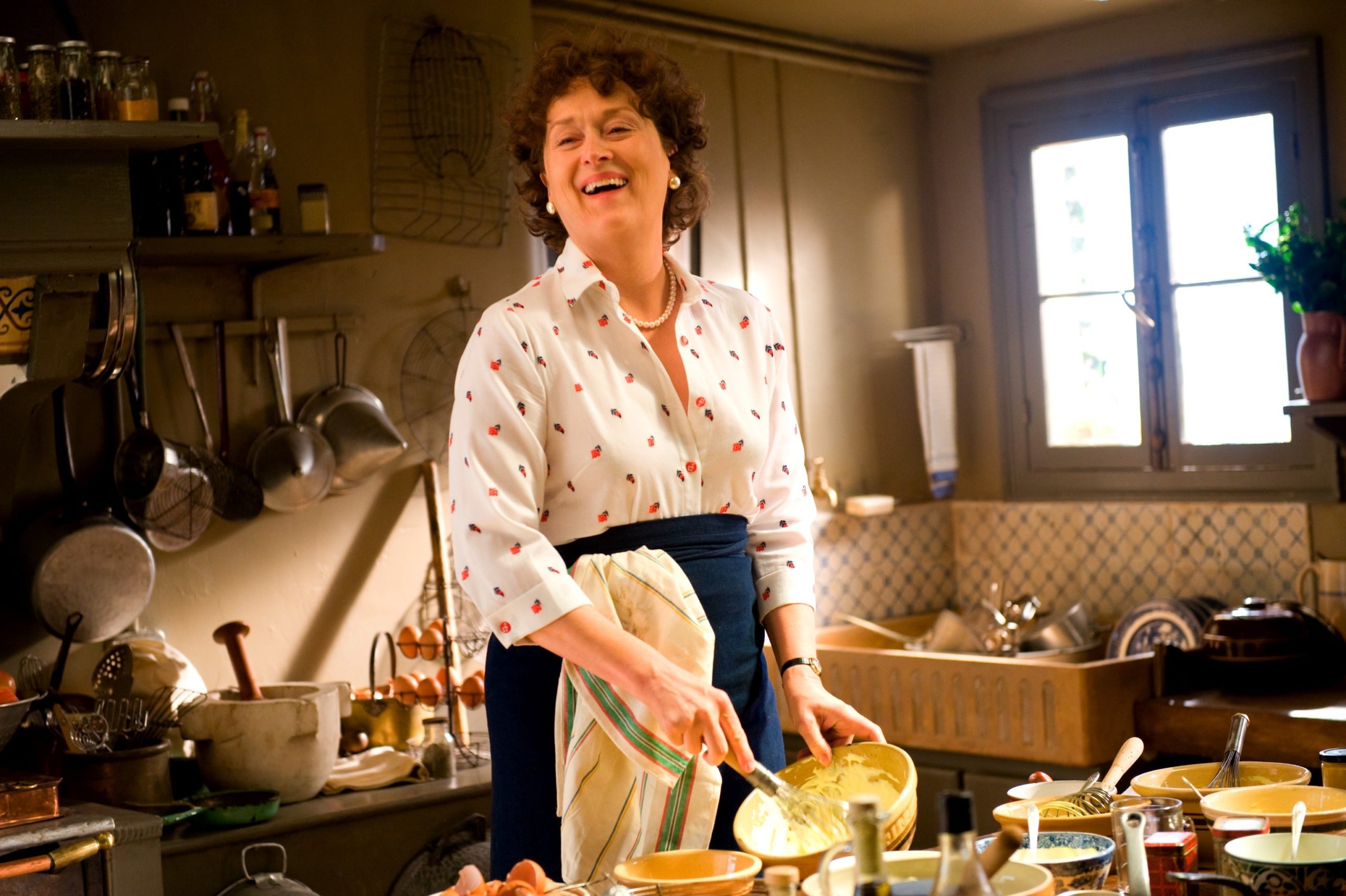 A biographical comedy-drama film, Julie & Julia tells the story of Julie Powell (Amy Adams), a New Yorker who embarks on a daring project: prepare all 524 recipes in Julia Childs’ landmark cookbook, Mastering the Art of French Cooking. Intertwined with Julie’s story is the tale of how Julia Child (Meryl Streep) herself conquered French cuisine with passion and fearlessness.

Based on Powell’s memoir Julie & Julia: 365 Days, 524 Recipes, 1 Tiny Apartment Kitchen and Child’s autobiography My Life in France, the Nora Ephron-directed movie entertains and mostly satisfies thanks to its perfect balance of comedy, drama, and cooking. Streep’s on-point impersonation of Child earned her a Best Actress nomination at the 2010 Academy Awards.