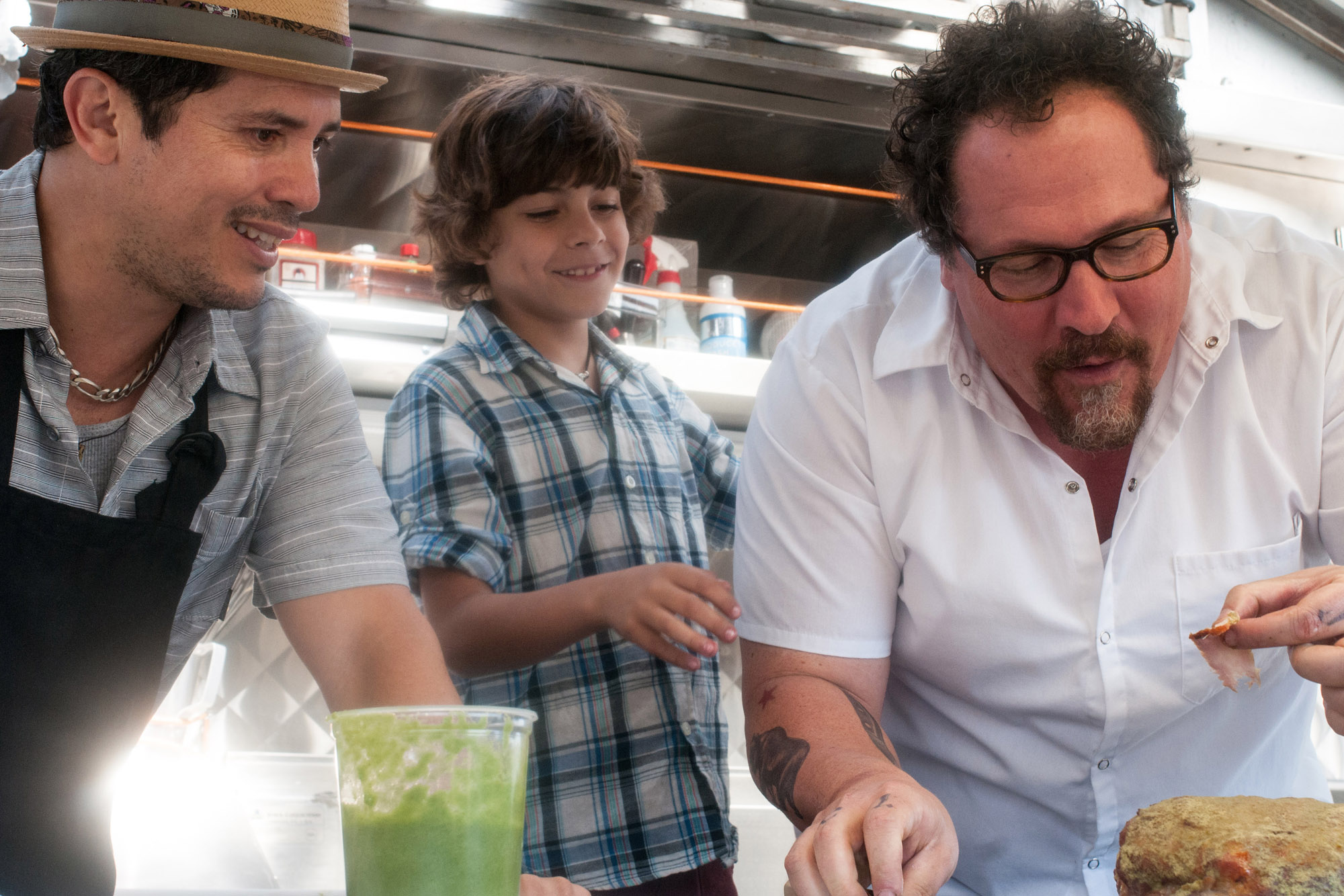 Chef stars Jon Favreau as Carl Casper, a head chef at a popular Los Angeles restaurant who quits his job after a public altercation with a food critic. But in an effort to reclaim his creative promise, he buys and begins to operate a food truck while piecing back his estranged family together.

Also written and directed by Favreau, Chef is a wonderfully acted film with a sharp and funny script about pursuing one’s passion. Though the story develops in a predictable way, it ends with a satisfying and heartwarming conclusion. It co-stars Sofía Vergara, John Leguizamo, Scarlett Johansson, Oliver Platt, Bobby Cannavale, and Dustin Hoffman, along with Robert Downey Jr. in a cameo role.