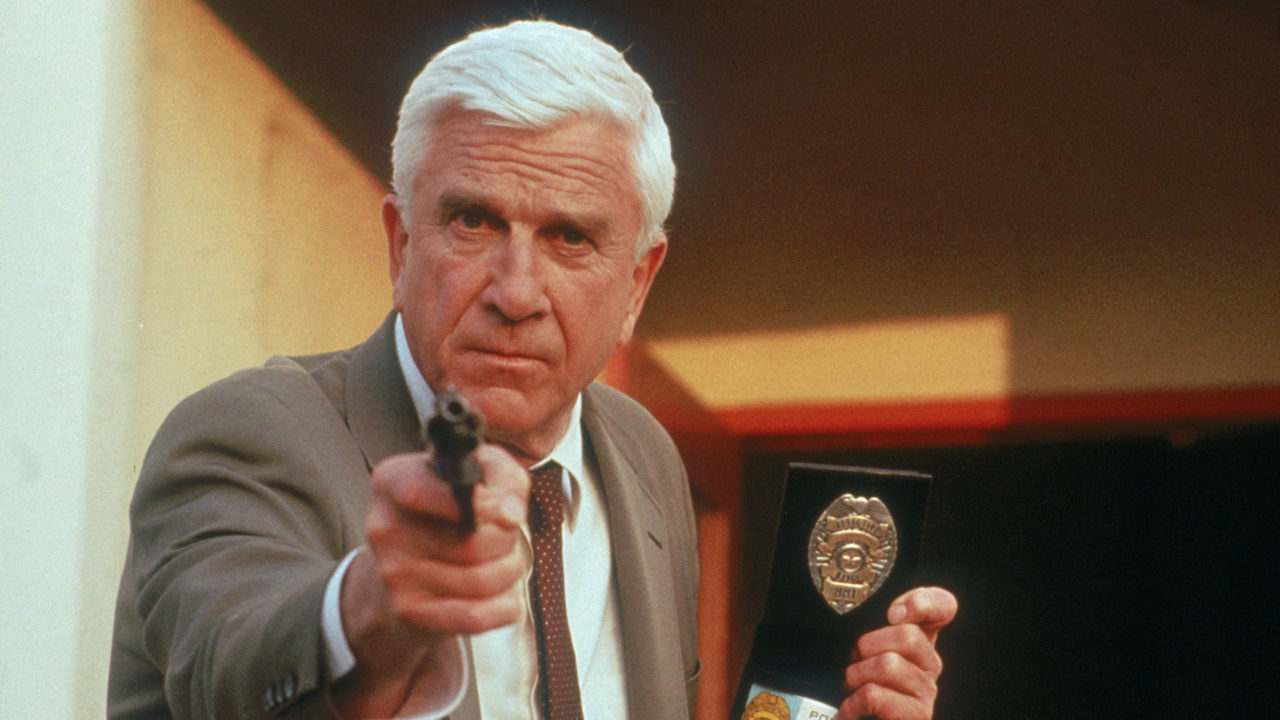 A continuation of the ABC comedy series Police Squad!, The Naked Gun stars Leslie Nielsen as the bumbling police lieutenant Frank Drebin who must foil an attempt to assassinate Queen Elizabeth II.

Directed by David Zucker, the film features fast-paced slapstick comedy, including several visual gags and verbal puns. The dialogue is practically perfect in its silliness, and even though the action scenes aren’t as consistently funny or surprising as those in the TV series, there’s a lot of laughter to be found between merely crude moments.