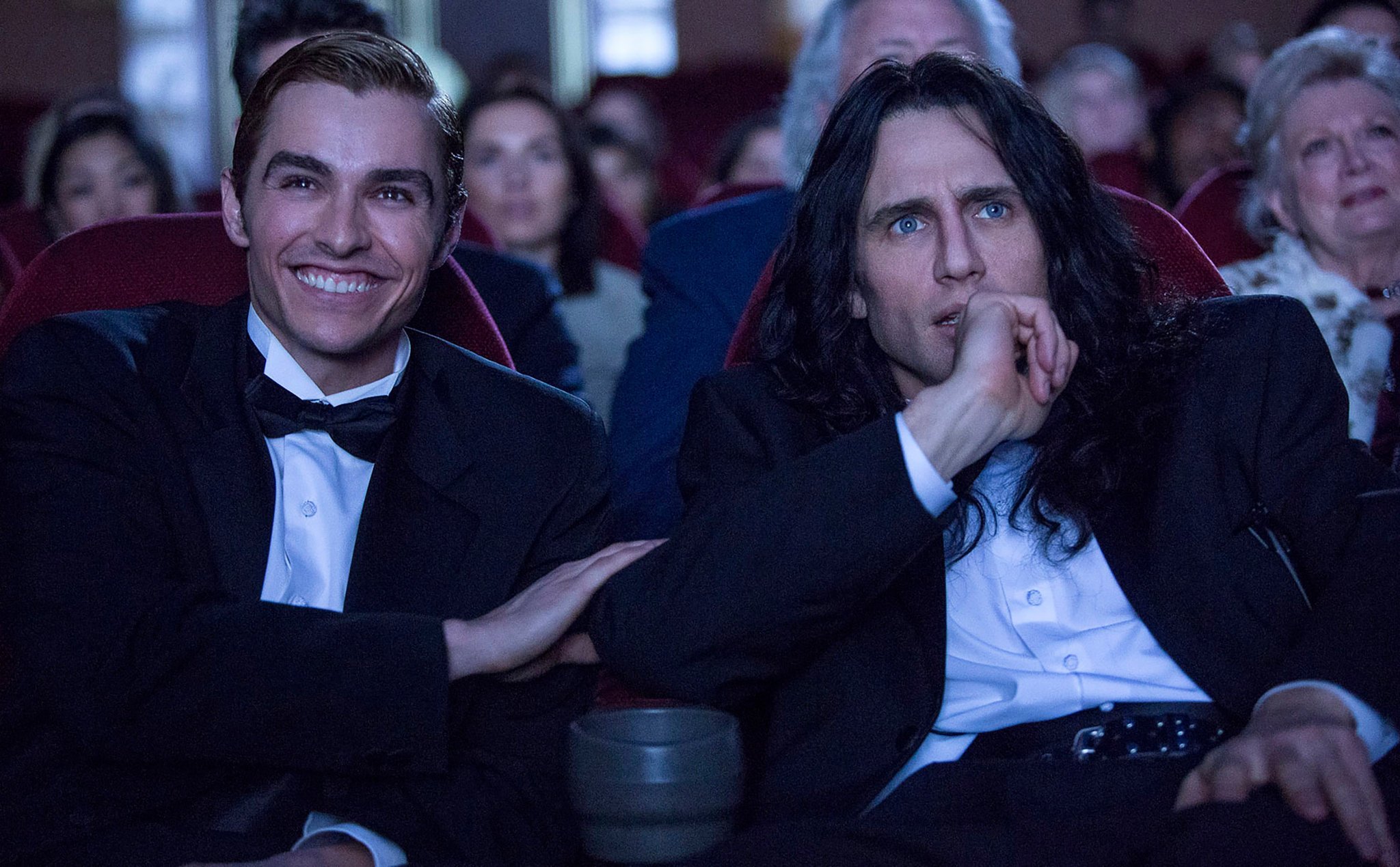 Based on Greg Sestero and Tom Bissell’s 2013 non-fiction book of the same name, The Disaster Artist tells the unlikely friendship between budding actors Tommy Wiseau and Greg Sestero that leads into the production of The Room, one of the worst films ever made. The biographical comedy stars brothers James and Dave Franco as Wiseau and Sestero, respectively, alongside a supporting cast that includes Alison Brie, Ari Graynor, Josh Hutcherson, Jacki Weaver, and Seth Rogen.

Though The Disaster Artist features spot-on re-enactments of some of The Room’s most notoriously awful scenes, the James Franco-directed movie is not so much about the making of the 2003 indie film, as it’s more about following your passions and accepting where that path leads you. Though The Disaster Artist is a non-stop laughter ride, it also has few serious moments. The film’s biggest surprise and probably its most touching component is the decidedly odd, bromantic friendship between the two main characters.