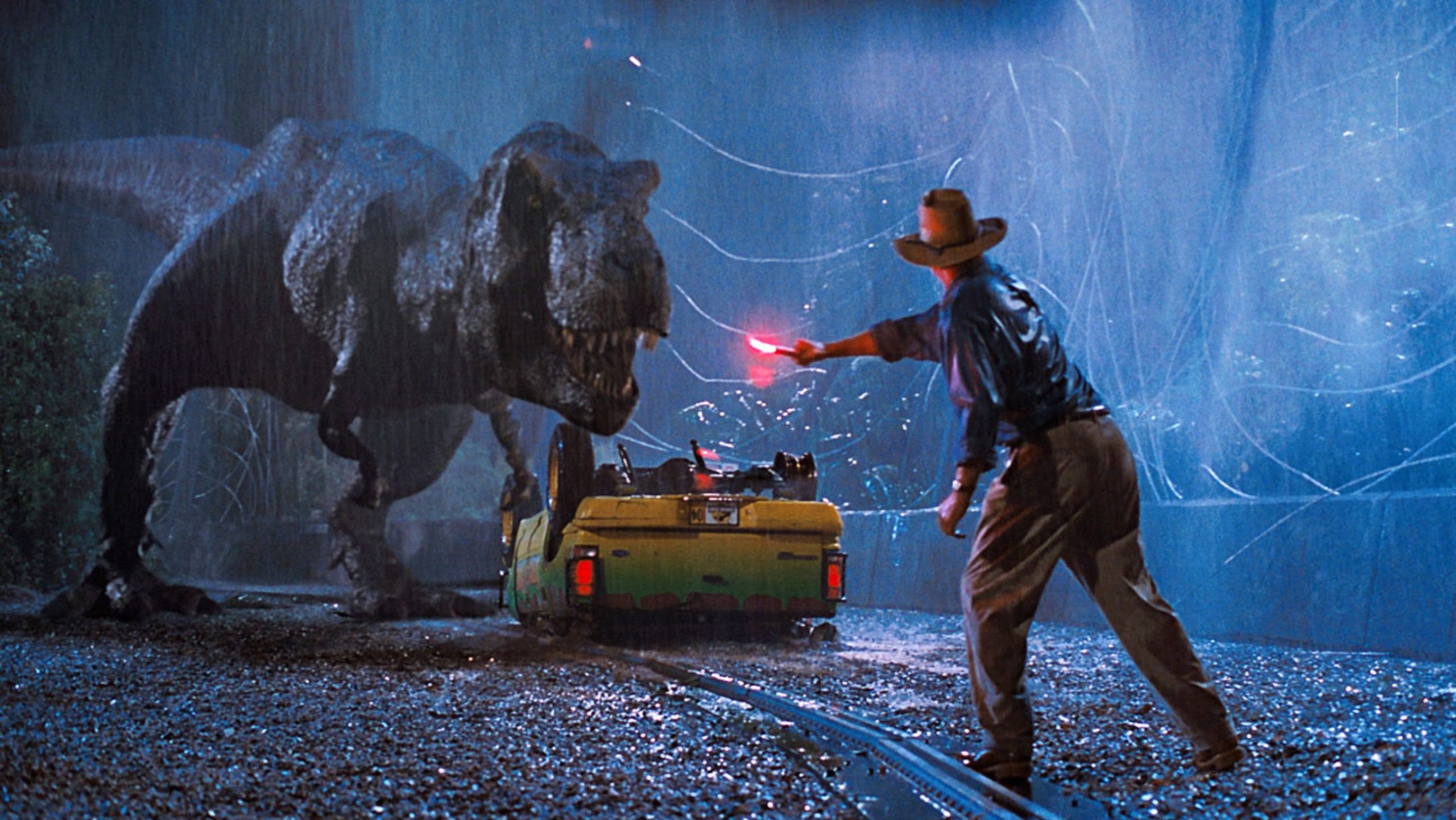 There’s no rule that says the greatest movies of all time have to be intimate, character-driven dramas, and in terms of sheer awe-inspiring spectacle Jurassic Park is hard to beat.

A perfect blend of old-school practical effects and the oncoming CGI revolution, Steven Spielberg and his cast are firing on all cylinders in a relentlessly entertaining adventure.

Jurassic Park became the highest-grossing movie in history when it was released, and will forever endure as one of the greatest big budget blockbusters ever made.