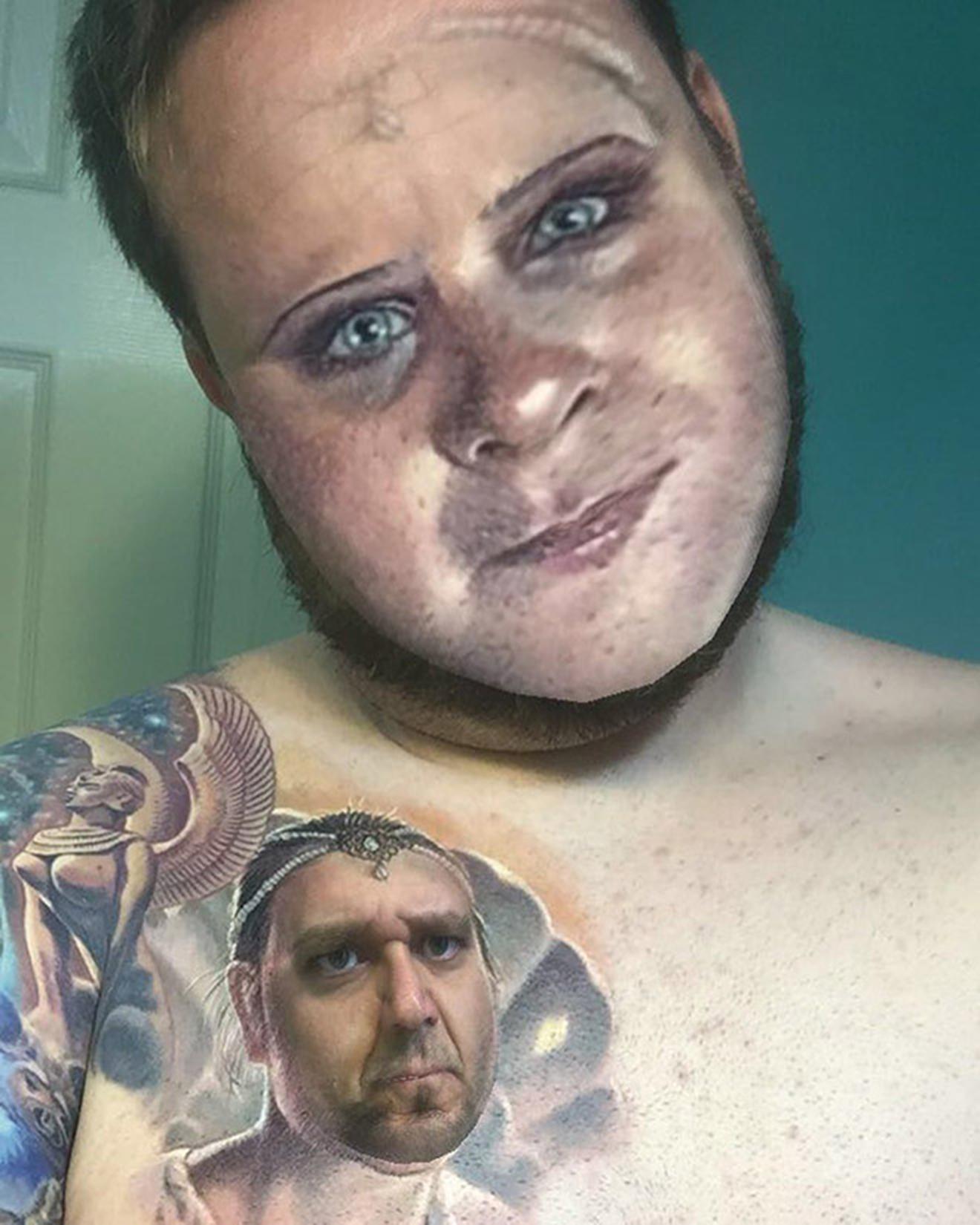 The guy in the photo swapped his face with a tattoo of the Childlike Empress from the film The NeverEnding Story, and the result is scary and funny at the same time. Because of the guy’s bushy facial hair, the supposed youthful appearance of the Childlike Empress became a little creepy to look at. The tattoo, meanwhile, got a hilarious update, as it now features the face of the guy giving a rather judgy stare.