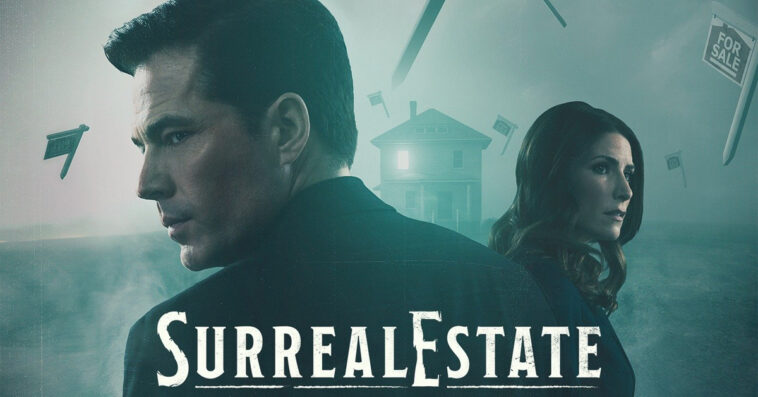 Will there be a season 2 of SurrealEstate?

In October 2021, the network canceled the paranormal drama after one season. The cancellation news came one month after the show’s season 1 finale and was announced by series creator George Olson, who noted that they were committed to finding a new home for the series.

Hey folks. Sorry to tell you that we will not be moving forward with Syfy on Season Two of #SurrealEstate. But we have no intention of leaving Luke alone in a bowling alley when his mom is out there somewhere and mortgage rates are so reasonable.

Stay tuned. And thanks so much for believing in ghosts, demons, Roadies, LRG's, Mumfords, low-maintenance composite decking and our little show.

Fast-forward to earlier this week, Olson didn’t find a new home for SurrealEstate, as Syfy reversed the show’s cancellation and renewed the series for a season 2.

Shortly after the renewal news, Olson took to Twitter to thank the fans, telling them that they are “the reason” for the show’s comeback.

Well. That happened. Huge thanks to all of the friends of #SurrealEstate for your support of our little show. It means more than you will ever know. You are the reason we're coming back and we can't wait to see you all soon! #humorhorrorheart

When will season 2 of SurrealEstate come out?

SurrealEstate season 2 doesn’t have an exact release date yet, but Syfy announced that the show’s sophomore run will premiere in 2023.

What is SurrealEstate about?

Created by Olson, the series follows real estate agent Luke Roman (Tim Rozon) and his elite team of specialists who handle the cases that no one else can: haunted and possessed houses that literally scare would-be buyers away.

Who stars in SurrealEstate?

Both Rozon and Wint have taken to Twitter to address the show’s season 2 renewal. Check out their tweets below: