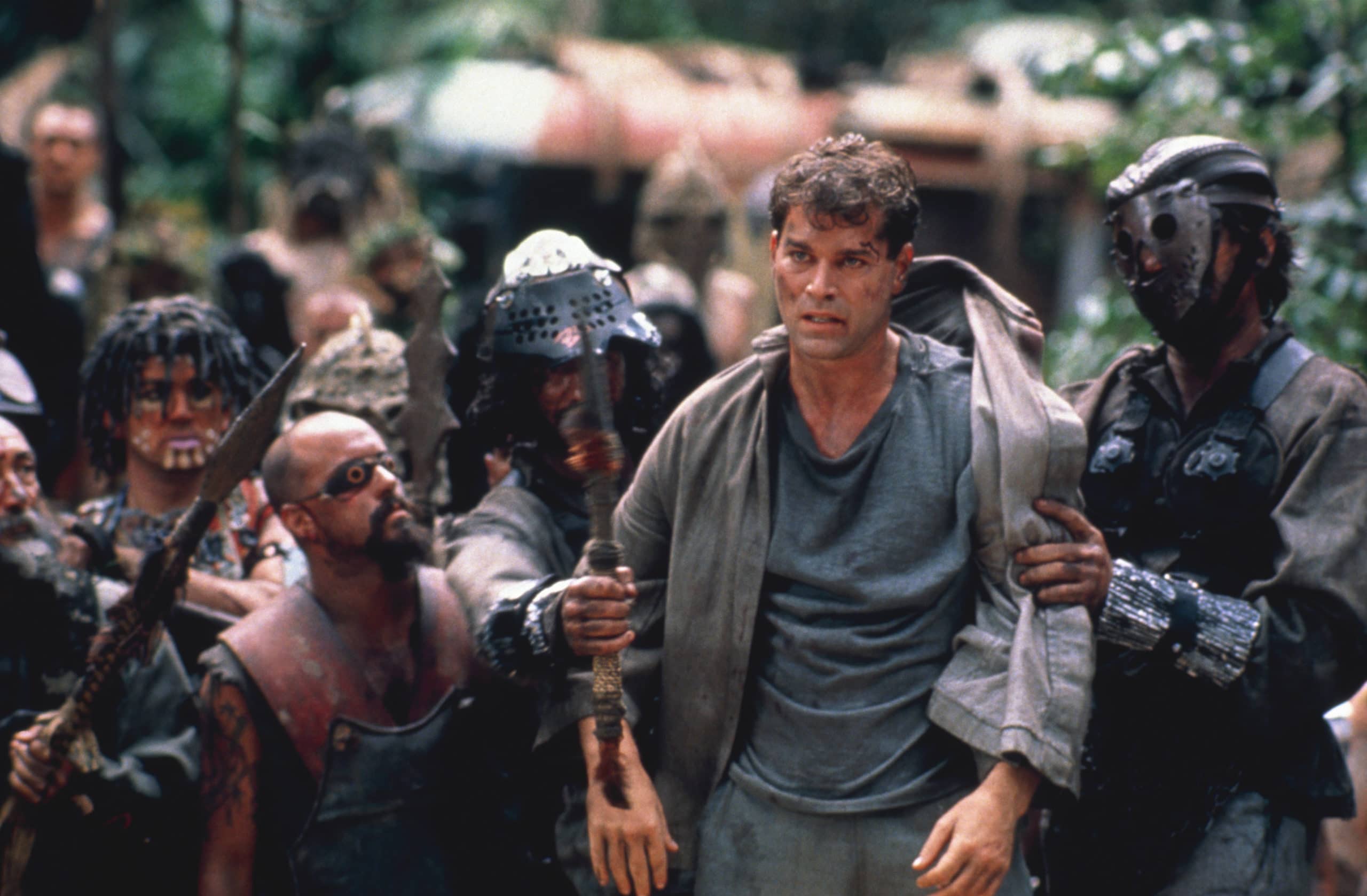 Based on Richard Herley’s 1987 novel The Penal Colony, No Escape centers on John Robbins (Ray Liotta), a former Marine who serves life imprisonment on an island inhabited by savage and cannibalistic prisoners. Set in 2022, the Martin Campbell-directed movie imagined the world with a penal system run by private corporations that conscript prisoners as mercenaries.

Though there are a number of countries in the real world that currently use privatized prisons, none of those has cannibalistic prisoners. Also, it seems that the U.S. government may have been worried about the possibility of private companies using prisoners as assets, so President Joe Biden signed an executive order earlier this year that ends the federal government’s use of private prisons.