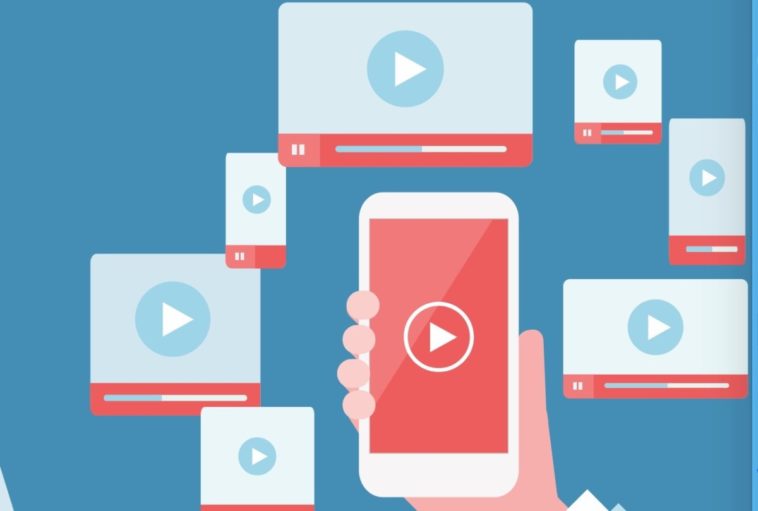 Nowadays with social media, apps like Instagram require users to push their artistic abilities to their best levels, not only in front of the camera but also behind the camera. Feeding these stories has become a daily routine users, and this is leading average Instagram users to learn how to edit video. We asked video editing expert, Sandra Lena, how a typical user can create outstanding videos for social media posts without actually being a professional video editor.

Sandra Lena is a video editor with many years of experience in the editing field, whose role is critical for the shows and films she edits. She has worked with the big three video editing programs over the years, Avid, Final Cut and Premiere Pro, and she understands that these programs can be too difficult to use for non-experts. Sandra has edited commercials for Walgreens, singer Michelle Williams (Destiny’s Child) and the brand Fragrances of Wine, among others, for use in social media. While she personally prefers to edit with Premiere and After Effects, she confessed to us that there are apps that everyday users can employ to edit their videos with similar results to the ones a professional video editing expert could achieve. However, there is just one difference: the extraordinary outputs you can get by using an app tend to be limited.

With that said, for our expert Sandra Lena, techniques and the skill to manipulate every frame of the video throughout every step of the process is what intrigues her and what she enjoys the most. But for typical social media users whose ultimate goal is to quickly post a polished video clip that is worth sharing, it is much more efficient to have an app that can take care of the technical aspects for them.

There are a few favorite apps that Sandra recommends for average users to edit video in a high-quality manner. To start, she recommends Upright Media, a next generation video editor that is easy enough for just about anyone to use. This app takes the complexity out of video editing by automating as much of the tedious work as possible, making it great for people that just want to focus on creating good content, without needing to know all the techniques of video editing.

Upright Media simplifies the video workflow by applying machine learning and computer vision to the video workflow. Before launching the app, the creators of Upright Media researched and built a group of users for its beta version. Thanks to that, they learned that resizing videos to the various aspect ratios for each social media platform was a big time suck. This became one of the unique and very convenient features that the app offers. Upright Media analyzes each video, frame by frame, to provide suggestions for how to crop each scene in a video. This feature alone cuts down something that would normally take hours for a novice video editor to do, into just minutes. Now, let’s dive into how to use this app.

READ  Here are the most popular emojis in 13 U.S. cities 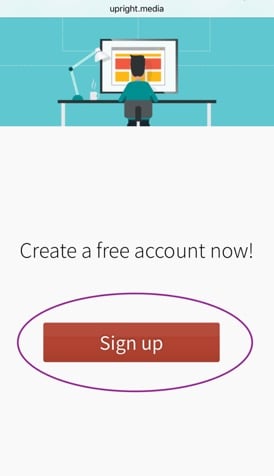 First head to https://upright.media and sign up. Their web app can be accessed from your phone or from any standard desktop web browser. 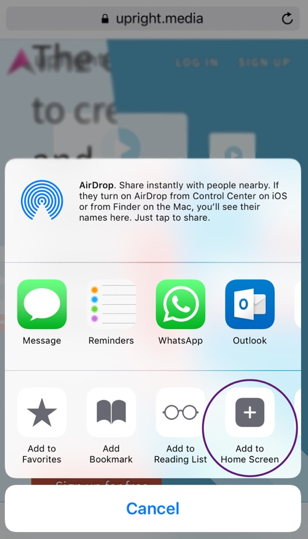 If you’re accessing Upright from your phone, you can save the website to your phone desktop like an app.

Once you have signed up, you’ll have access to a menu screen where you can see your projects and your video library. To create a new project, click on “New Project” in the upper left corner of the page. 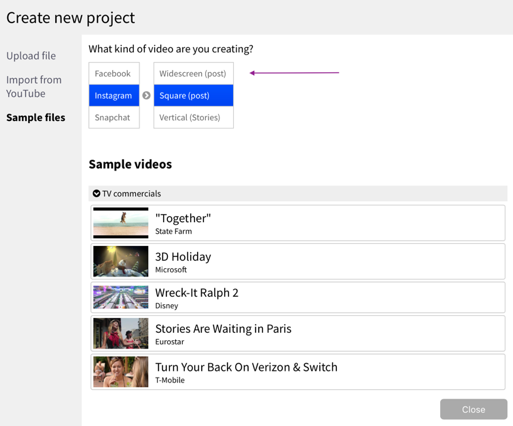 A new window will appear and you’ll need to select what kind of video you are creating (for Facebook, Instagram or Snapchat). Select the type of aspect you want (widescreen, square or vertical). Once you determine this, you can import your existing video clips.

Throughout the process, there is a tutorial box that you can access anytime you might need help. Although the app is very user-friendly, this feature might be useful for first-time editors. Importing the video might take a few minutes. You can import from your desktop, or from a video that is already on YouTube.

Once the video has imported, you’ll see that the program has recognized the different people and objects in the video and has tracked them to make it easier for you to select the most appropriate framing. This allows you to zoom in and out of the objects that you want to give more importance to. Then the rest is up to you – you can cut, trim, add text and even subtitles if desired. 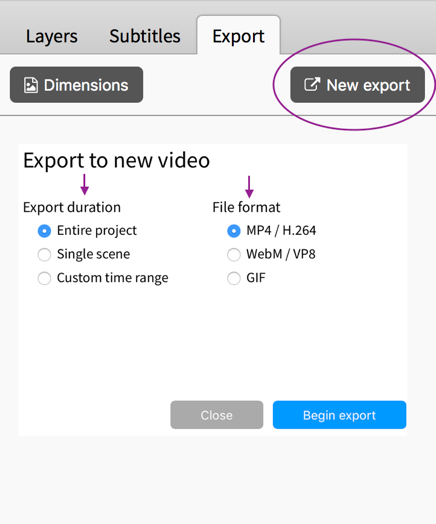 To finalize the video clip, you’ll to export it. Click on “New export”.  Select if you want to export the entire video, or just a custom time range. Then, select which file format, MP4 of GIF.