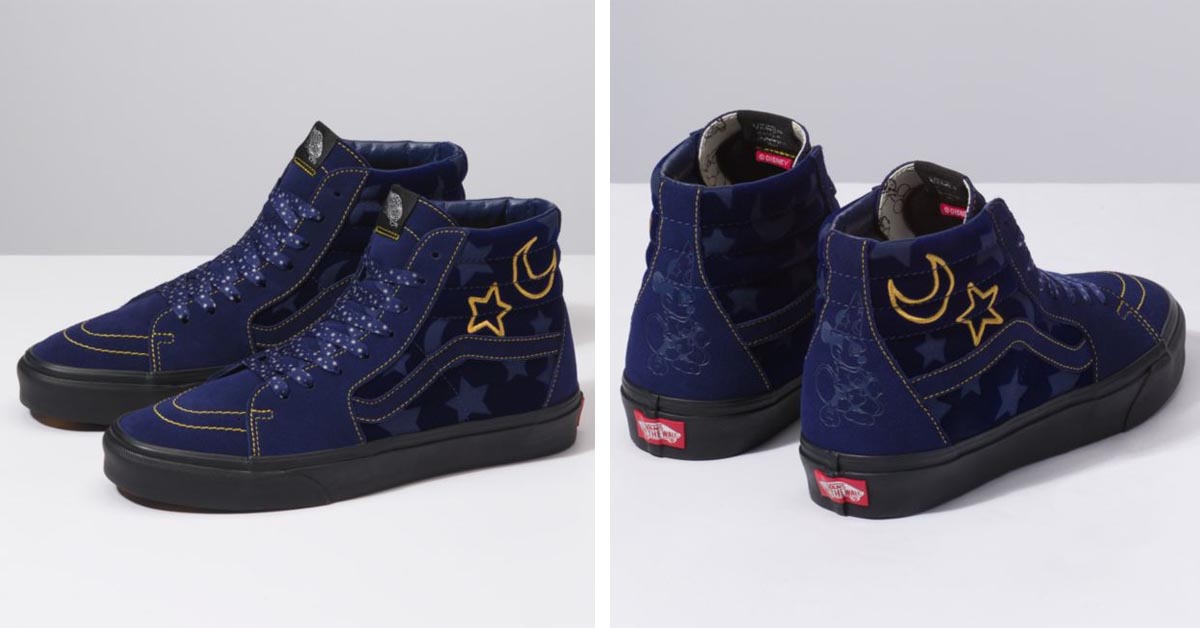 Take a crash course in the art of science, magic, and sorcery with these Vans Sk8-Hi shoes inspired by the 2010 action-fantasy film The Sorcerer’s Apprentice. Selling for $80 a pair, these sneakers feature star and crescent moon embroideries and starry laces. Though Mickey isn’t part of The Sorcerer’s Apprentice, the live-action movie is actually named after a segment in Disney’s 1940 film Fantasia, in which Mickey played a big role. Update: Now sold out but some sizes are still available from Amazon.