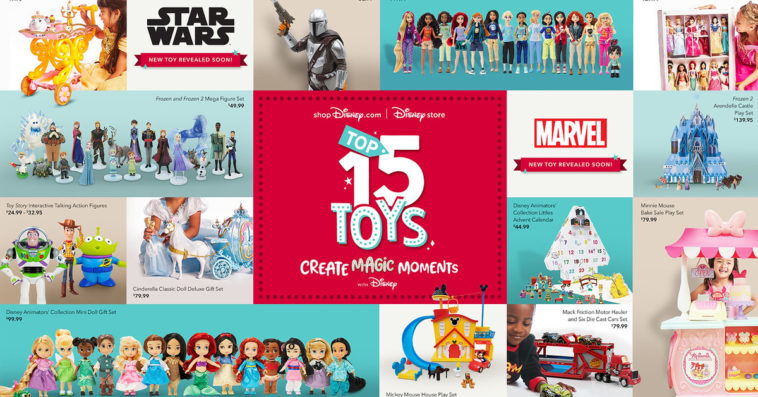 With so many options to choose from, finding the perfect gifts for kids this upcoming Christmas and holiday season can be very difficult. So, to help gift-givers pick presents that are sure to impress, shopDisney.com and Disney store have recently unveiled their top 15 holiday toy list for this year. Toys included in the list are inspired by fan-favorite characters from different Disney, Pixar, Star Wars, and Marvel properties. Two items in the lineup are so hot that they won’t be revealed until October 26th. 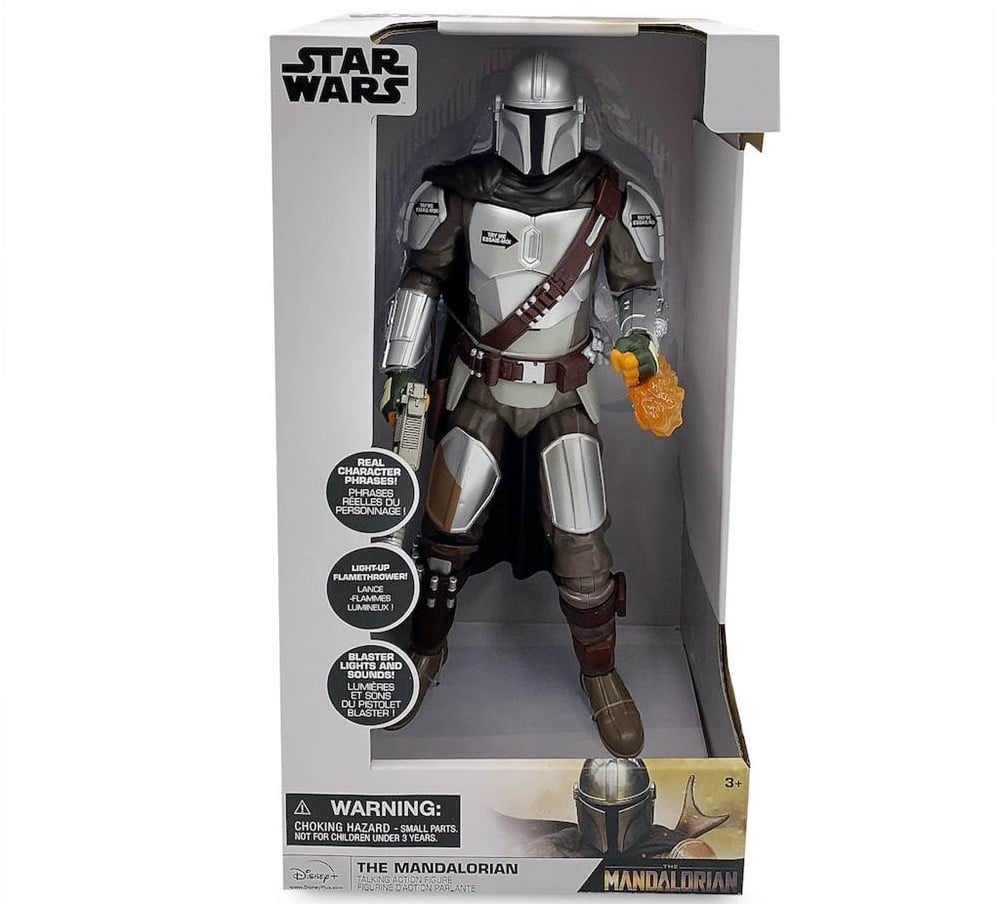 This 15-inch tall talking action figure is based on Din Djarin from the hit Star Wars spinoff series The Mandalorian. Highly detailed with multiple points of articulation, this toy features character phrases from the Disney+ series and includes a light-up flamethrower and sound effects. It will be available on shopDisney starting October 26th.

Let little Frozen 2 fans recreate iconic scenes from the sequel with this Arendelle Castle Play Set that comes with a cast of characters and opens up to reveal an array of rooms. Pressing the top window will activate music and lights. 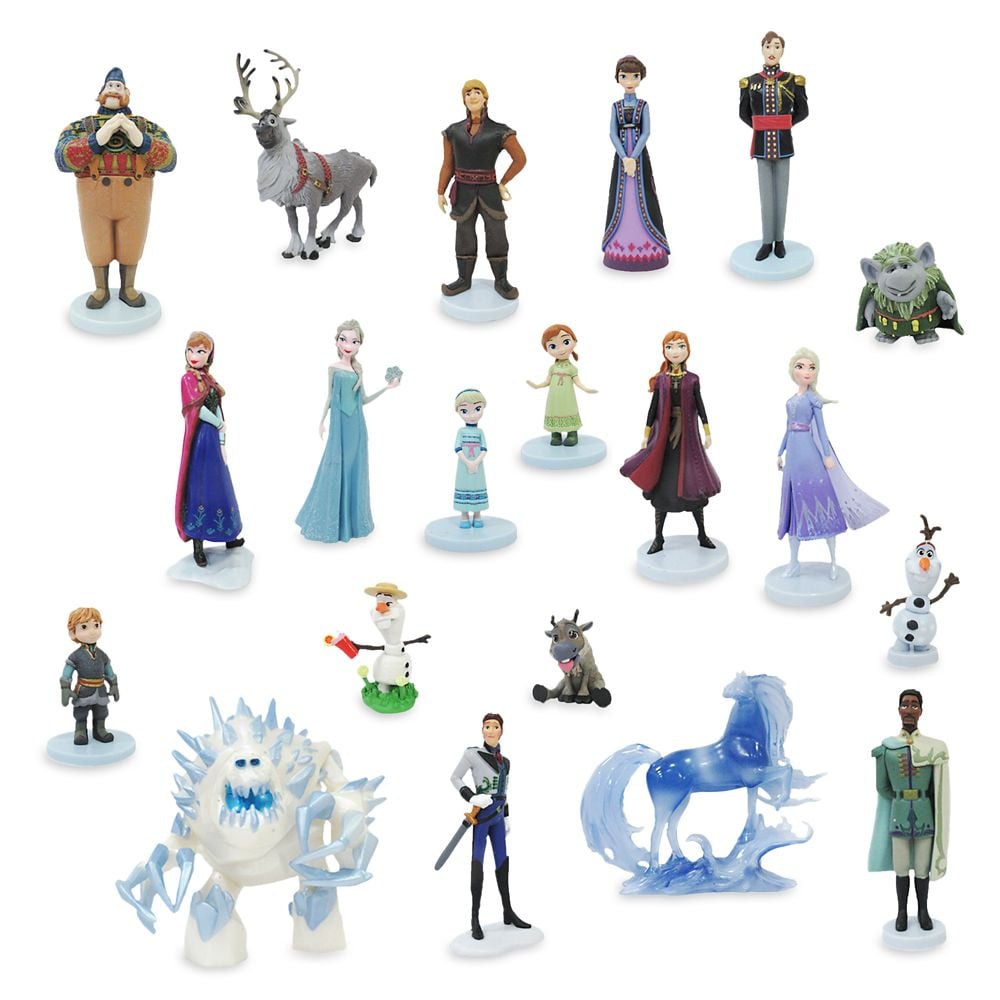 This figurine set includes all fan-favorite character from the commercially successful Frozen franchise. Comprised of 20 detailed figures, this toy set features Arendelle’s royal sisters Anna and Elsa in their different iconic costumes, and even as little girls. 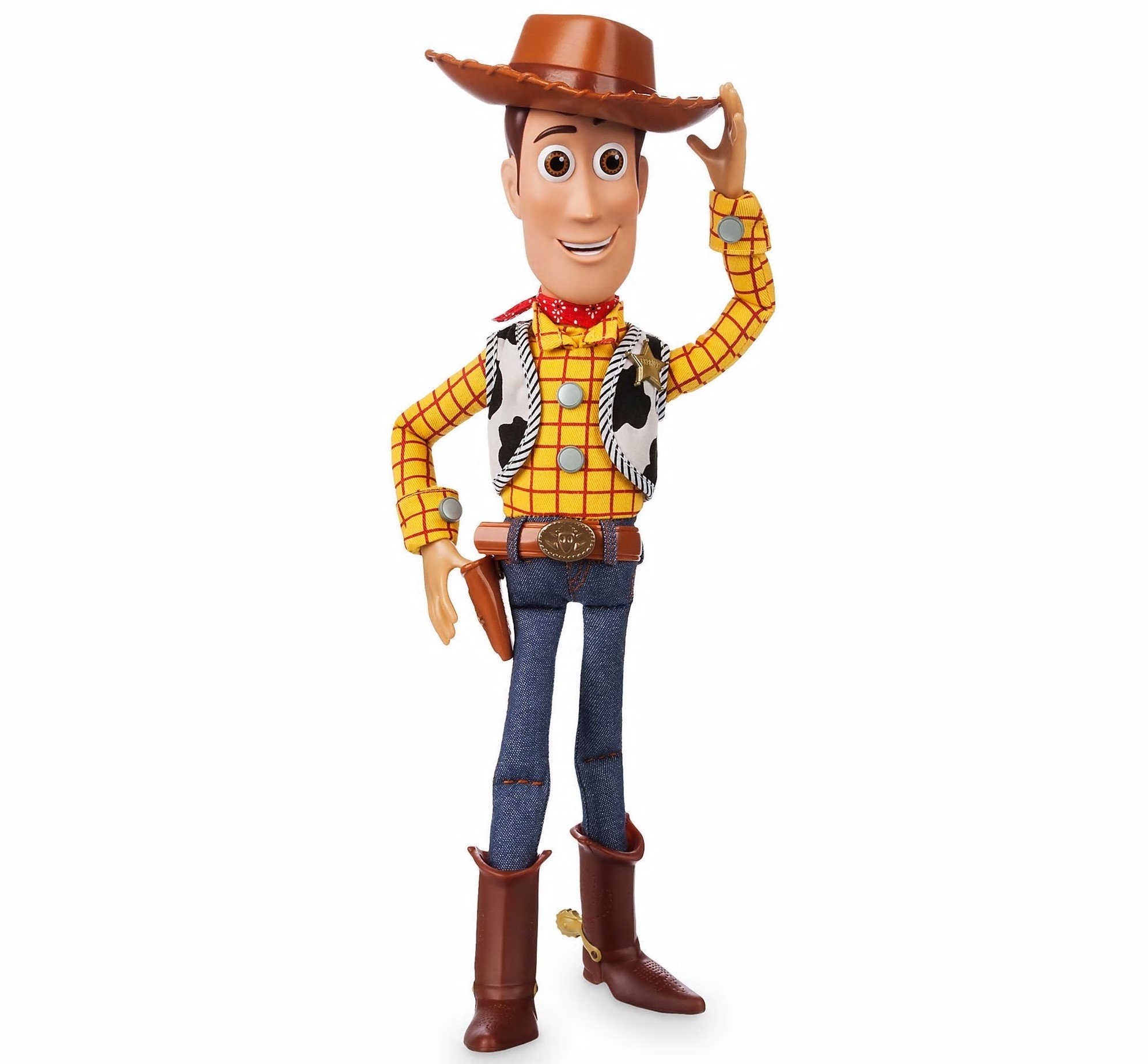 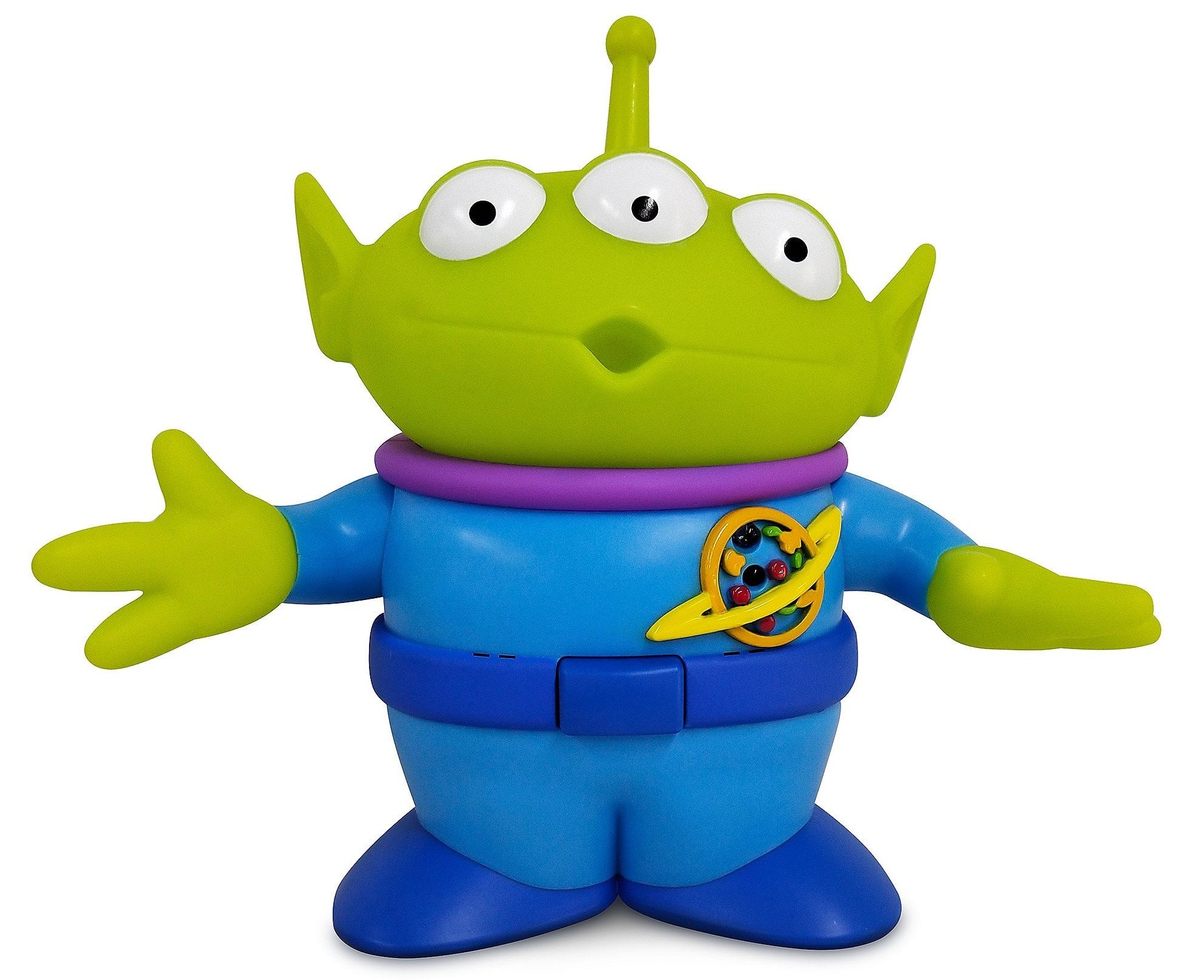 These interactive talking action figures of Buzz Lightyear, Woody, and Toy Story Alien always have something to say. The Buzz Lightyear and the Woody figures feature more than 10 phrases, while the Alien variant utters seven phrases when it detects another interactive character nearby. 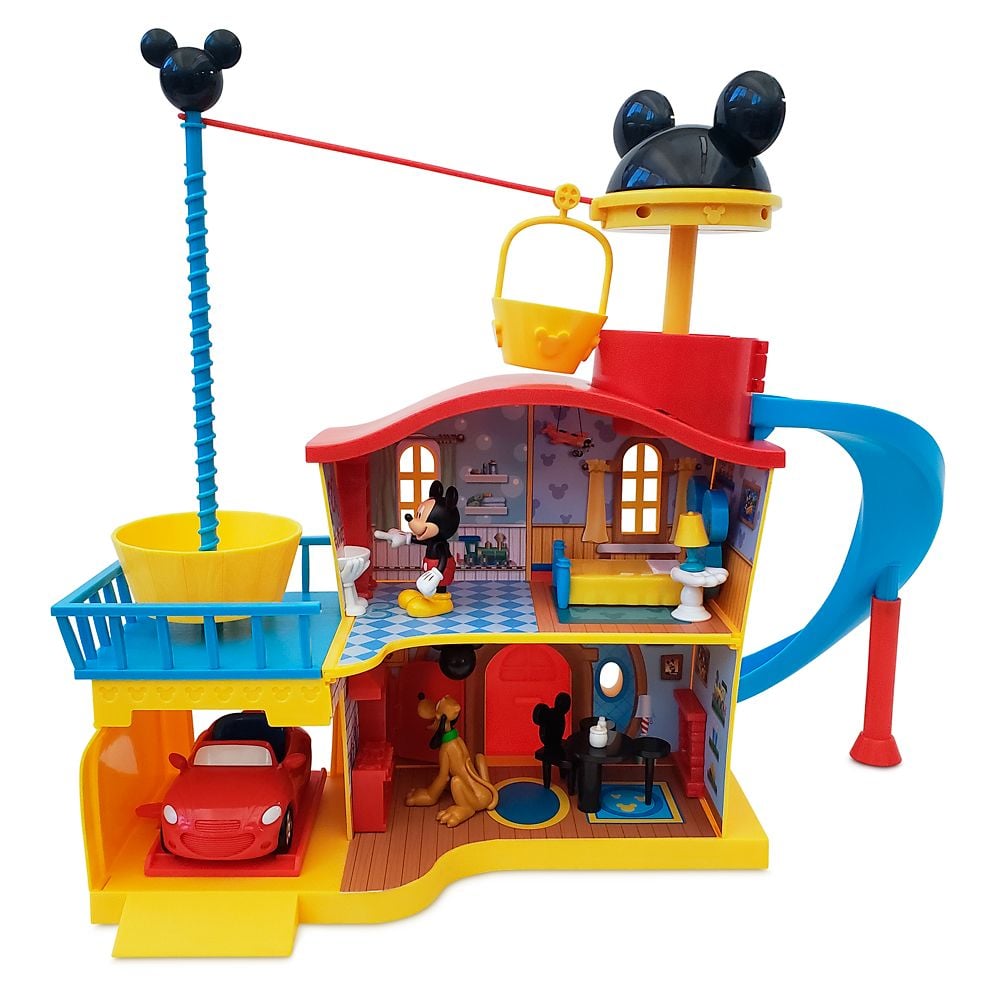 Showcasing three levels of action-packed features, lights and sounds, a car, and furniture for the Mickey and Pluto figurines to enjoy, this play set is sure to entertain kids for hours. 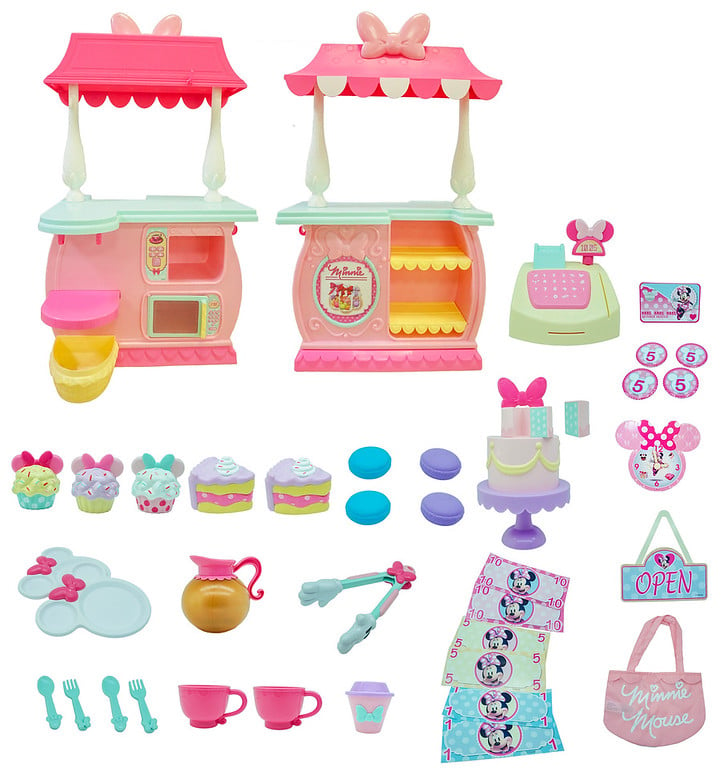 Turn your kids into young bakers and business owners with this Minnie Mouse Sweet Treats Stand. The play set features a 3-feet tall double-sided stand and includes an open/close sign, cash register with sound effects, and lots of play cakes to “sell” for hours of delicious fun. The play set will go live on shopDisney on November 6th. 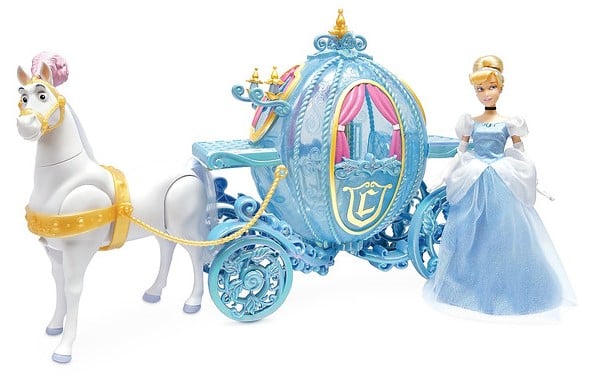 Reinvent some of the most iconic scenes from the original Cinderella movie with this deluxe gift set that includes an 11-inch Cinderella doll and a light-up pumpkin carriage pulled by a white horse figure that actually walks. The play set will be available on shopDisney starting October 6th. 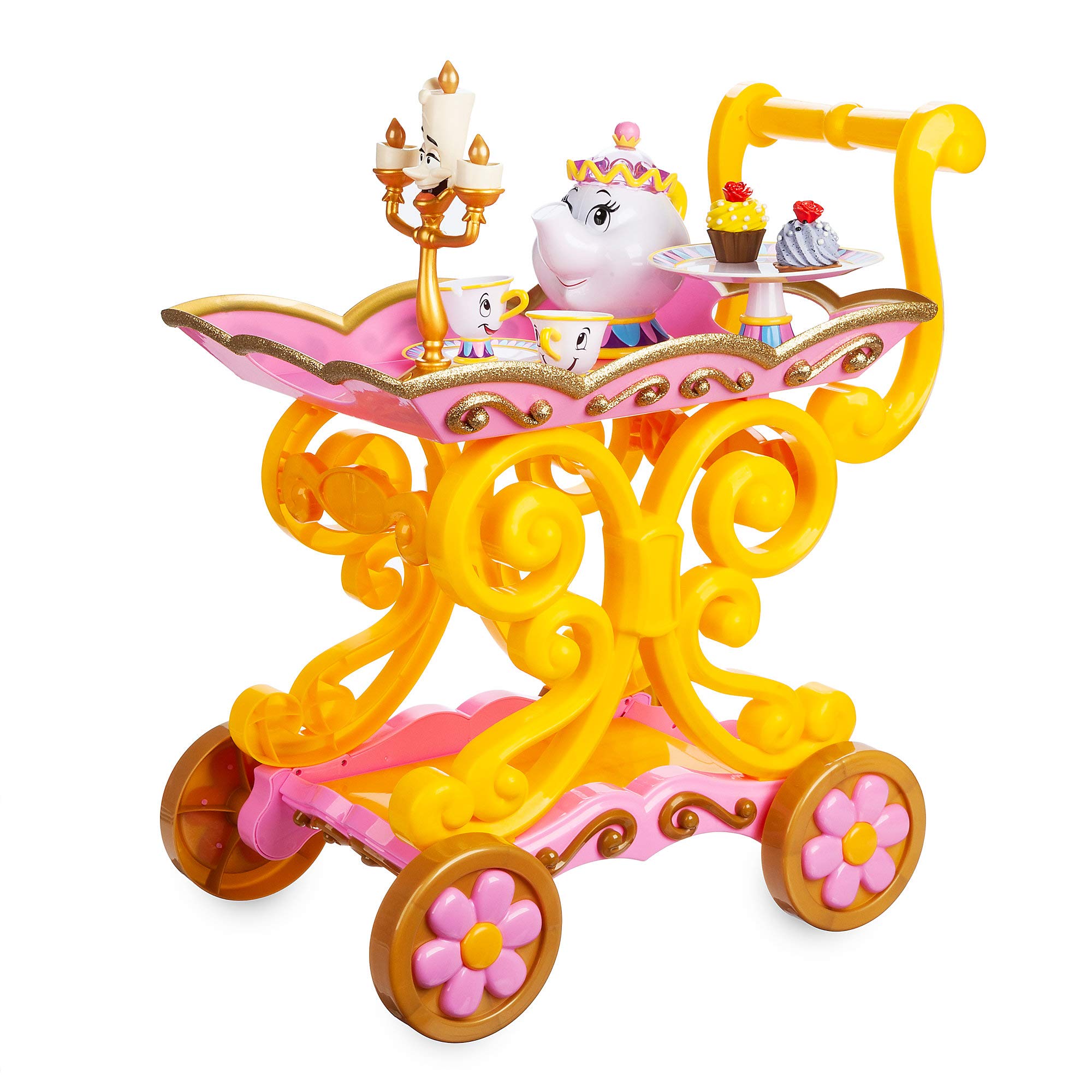 Like Belle from the 1991 animated classic Beauty and the Beast, your little princes and princesses will be welcomed to an enchanted tea party with this delightful singing tea cart. Lumiere sings “Be Our Guest” while Mrs. Potts and Chip set the scene for tea time. 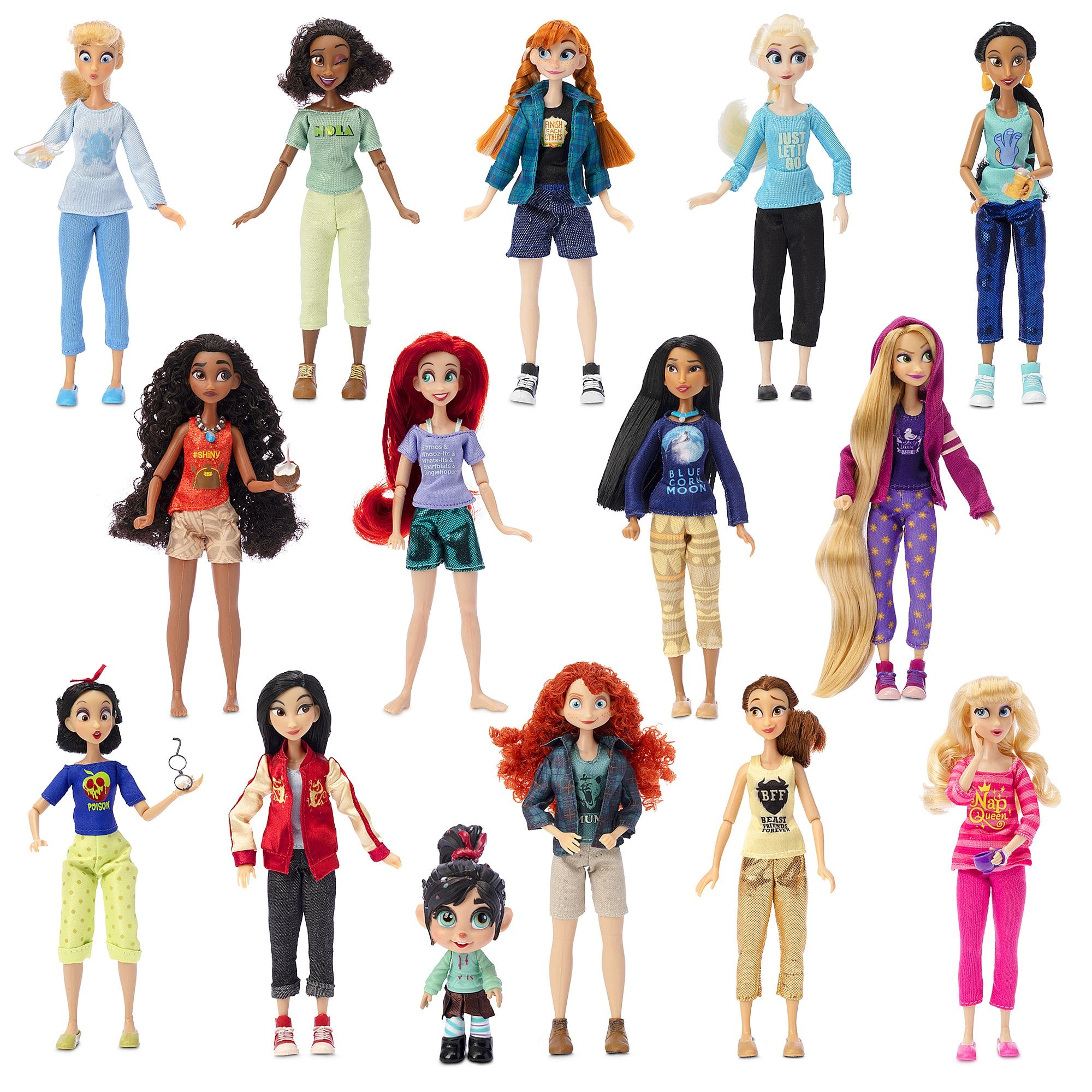 Vanellope is having some girl time with the Disney princesses in this 15-piece doll set. The dolls in the set are dressed in their comfy casual clothes just like in the 2018 film Ralph Breaks the Internet.

Mack has a lot to say for himself as he transports Lightning McQueen and five of his friends from Disney and Pixar’s Cars films. Aside from uttering character phrases, Mack also features light-up headlights and additional space for extra vehicles. This toy set will go live on shopDisney on November 2nd. 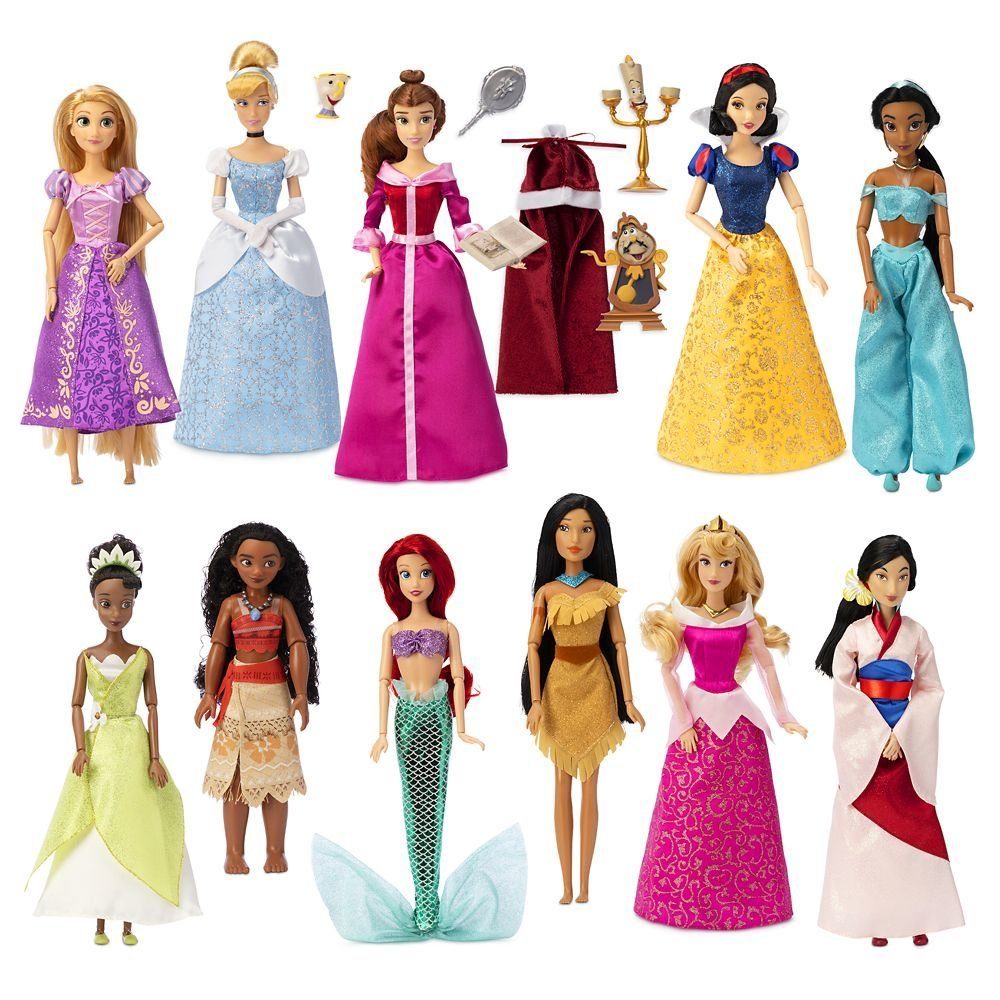 This beautifully gift-boxed doll collection features 11 Disney princess dolls. The dolls are 11 inches tall and are dressed in their respective signature costumes. 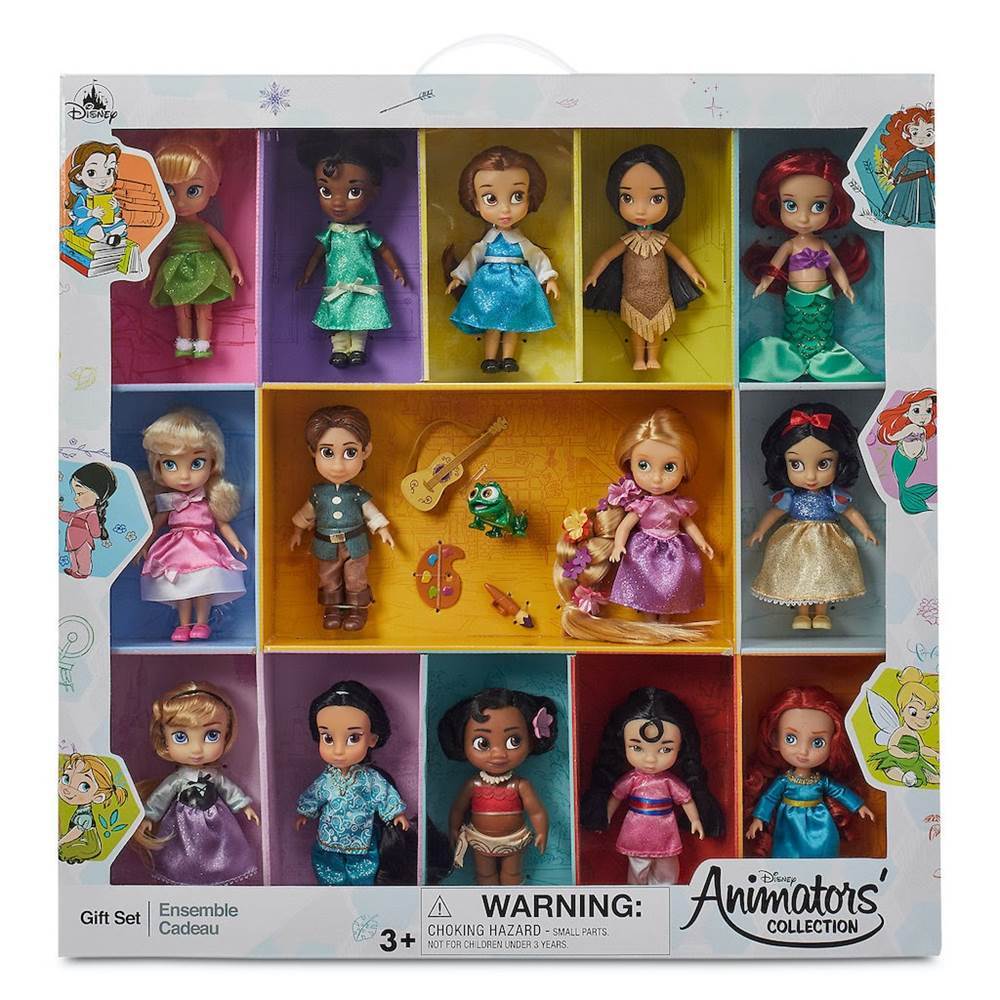 This spectacular gift set features 5-inch mini dolls from the Disney Animators’ Collection. Among the 14 dolls featured as youngsters are Snow White, Tiana, Moana and Mulan. The cute little dolls are all presented in a decorative carry case for on-the-go adventures. The doll set will launch on shopDisney on October 26th. 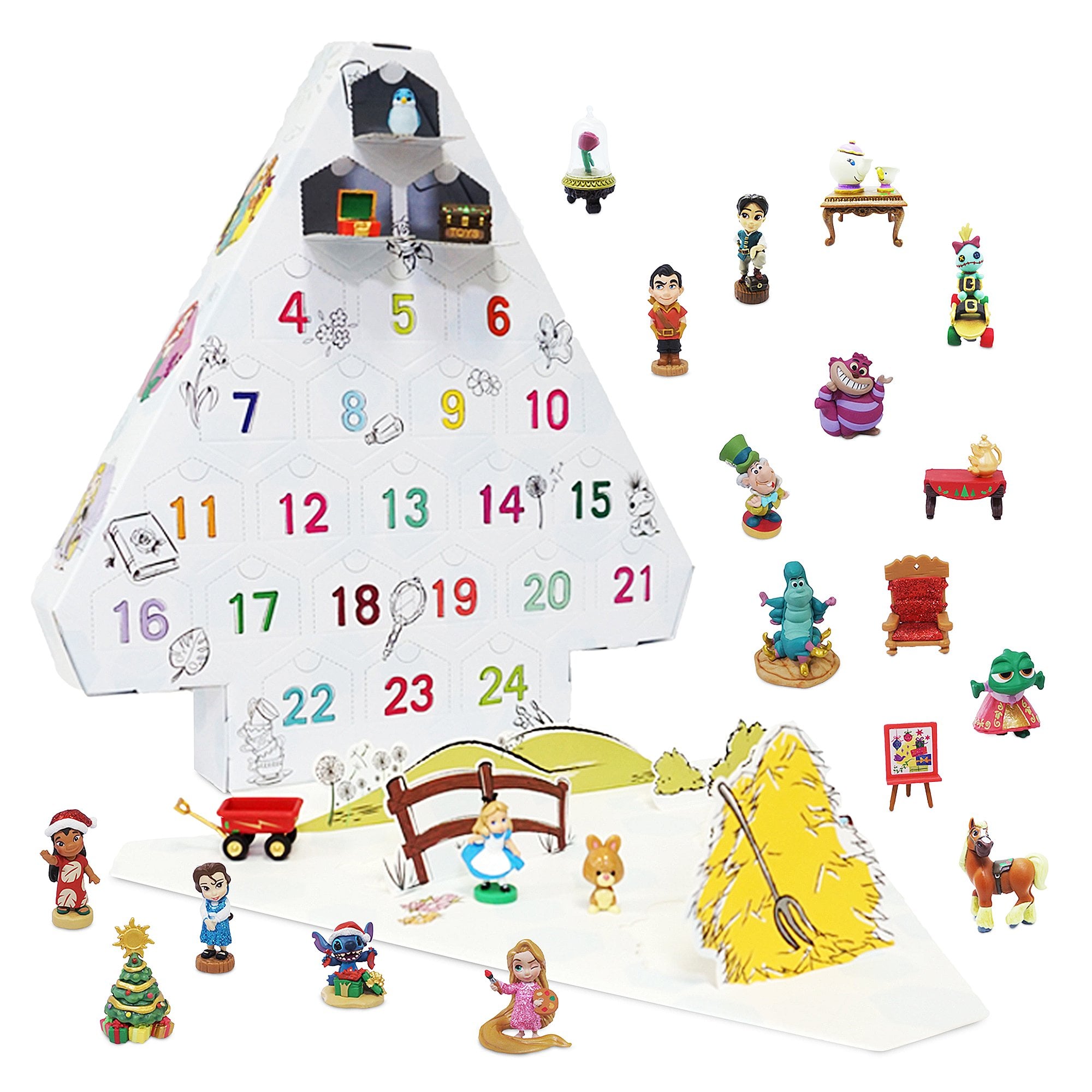 Get the kids more excited about the big day with this Littles Advent Calendar from the Disney Animators’ Collection. The holiday tree design has 24 doors and behind each one they’ll find either one of their favorite Disney characters, an accessory, or a festive item. Characters include Mad Hatter, Alice, Cheshire Cat, Caterpillar, Gaston, Belle, Rapunzel, Flynn Rider, Pascal, Lilo, Stitch, Scrump the Doll, Bird, Bunny, Philippe the horse, and Mrs. Potts and Chip on table.

Details will be revealed on shopDisney on October 26th.

Details will be revealed on shopDisney on October 26th.