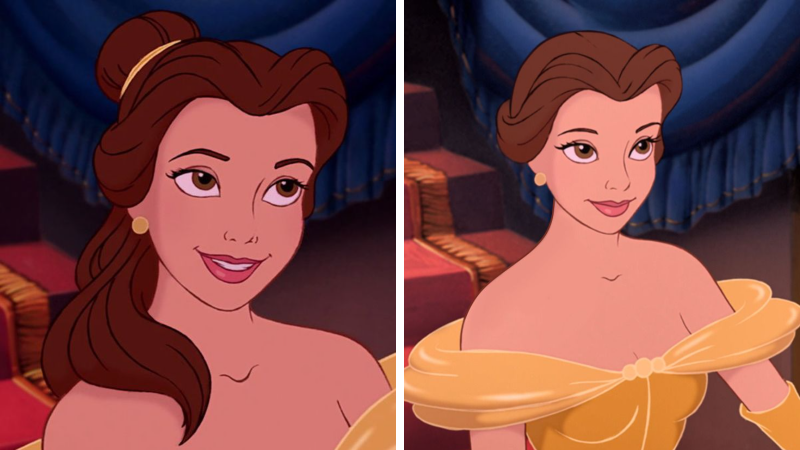 Belle’s hairstyle changes throughout the 1991 animated classic Beauty and the Beast, but the most popular among them is her hairdo during her first dance with the Beast. During that iconic sequence, Belle wears some of her hair in a neat bun, but the majority of it trails down her neck in a beautiful, flowing motion resembling a ponytail. The artists over at Bright Side edited a shot from that sequence to give Belle a shorter hairdo, and while the result significantly changes her appearance, it doesn’t look bad at all. The princess’ adorable haircut actually reminds us of Lily Collin’s edgy pixie cut that she debuted at an Oscars after-party back in 2015.