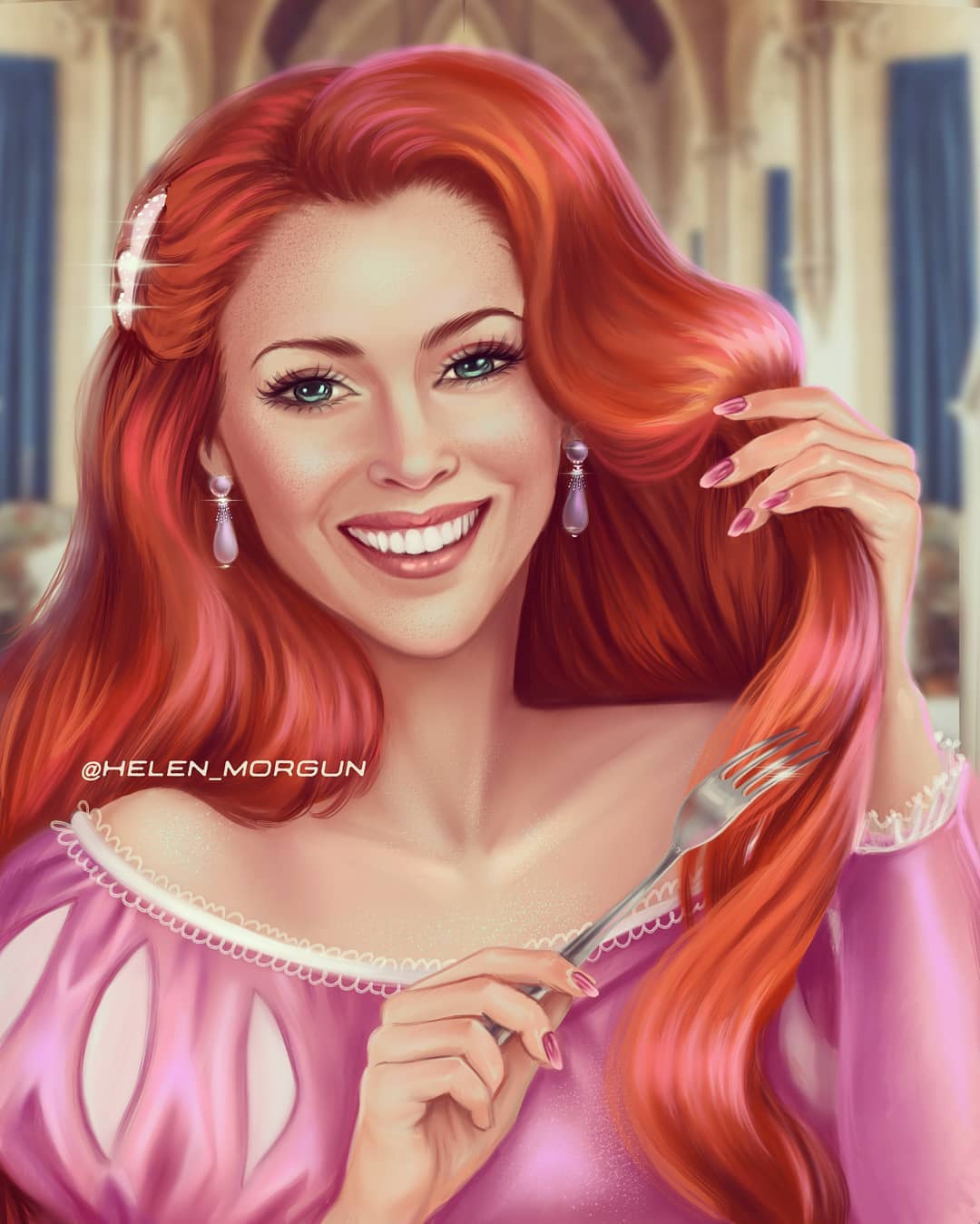 Alyssa Milano, who played Phoebe Halliwell in the original Charmed TV series, was memorably turned into a mermaid in the first two episodes of the show’s season 5. That TV moment appears to be the inspiration for this artwork, which reimagines Milano as Disney’s resident mermaid, Ariel. Dressed in the Princess of Atlantica’s iconic pink ball gown, Milano’s Ariel playfully fixes her hair with a fork as a comb.