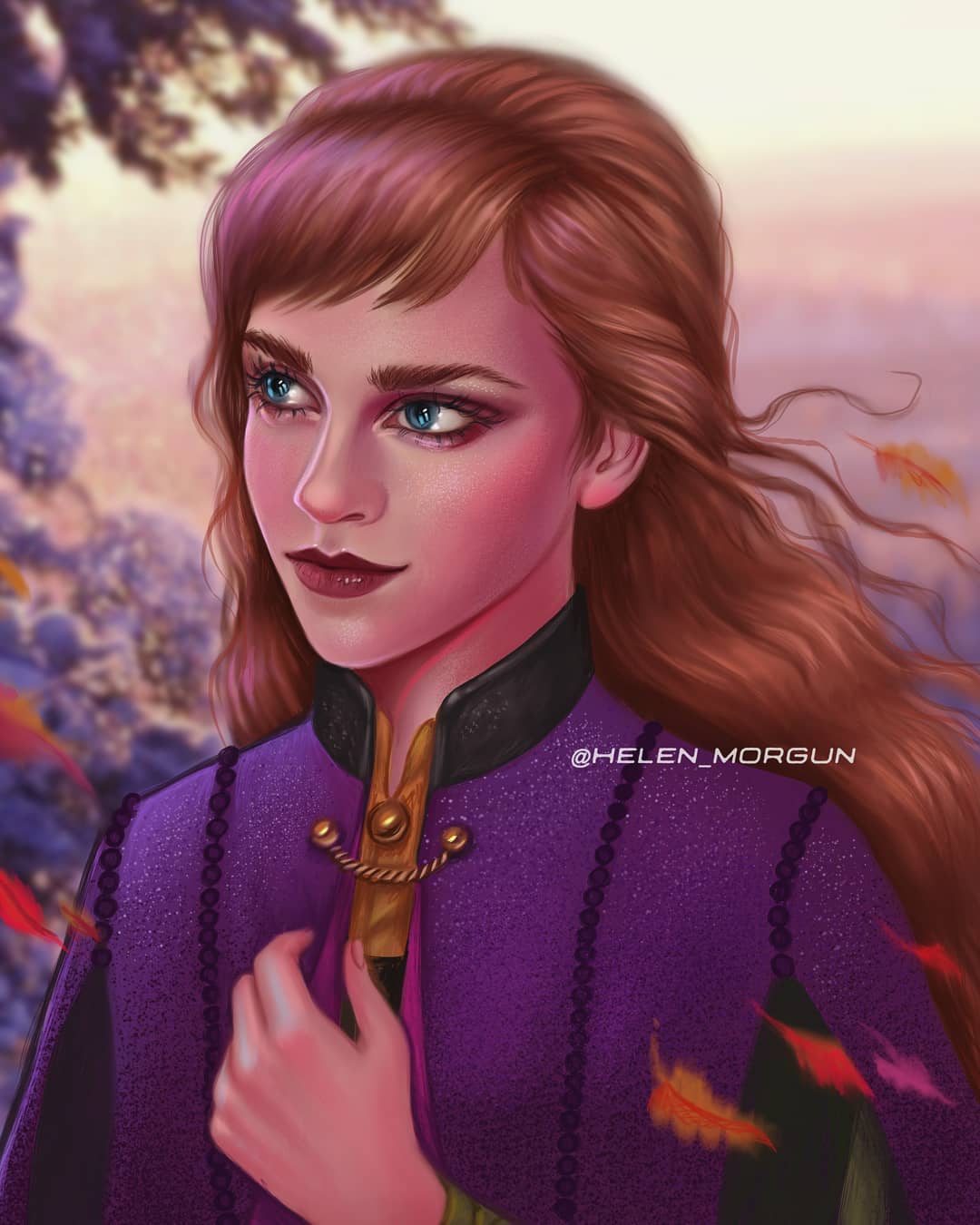 Though Emma Watson has already brought Belle to life in 2017’s Beauty and the Beast, this amazing fan art makes it clear that Disney should still consider the actress for the role of Anna should it decide to make a live-action adaptation of the Frozen franchise. Though not shown in this fan art, Anna has a light dusting of freckles on her nose and below her eyes ― a striking feature that Watson also possesses.