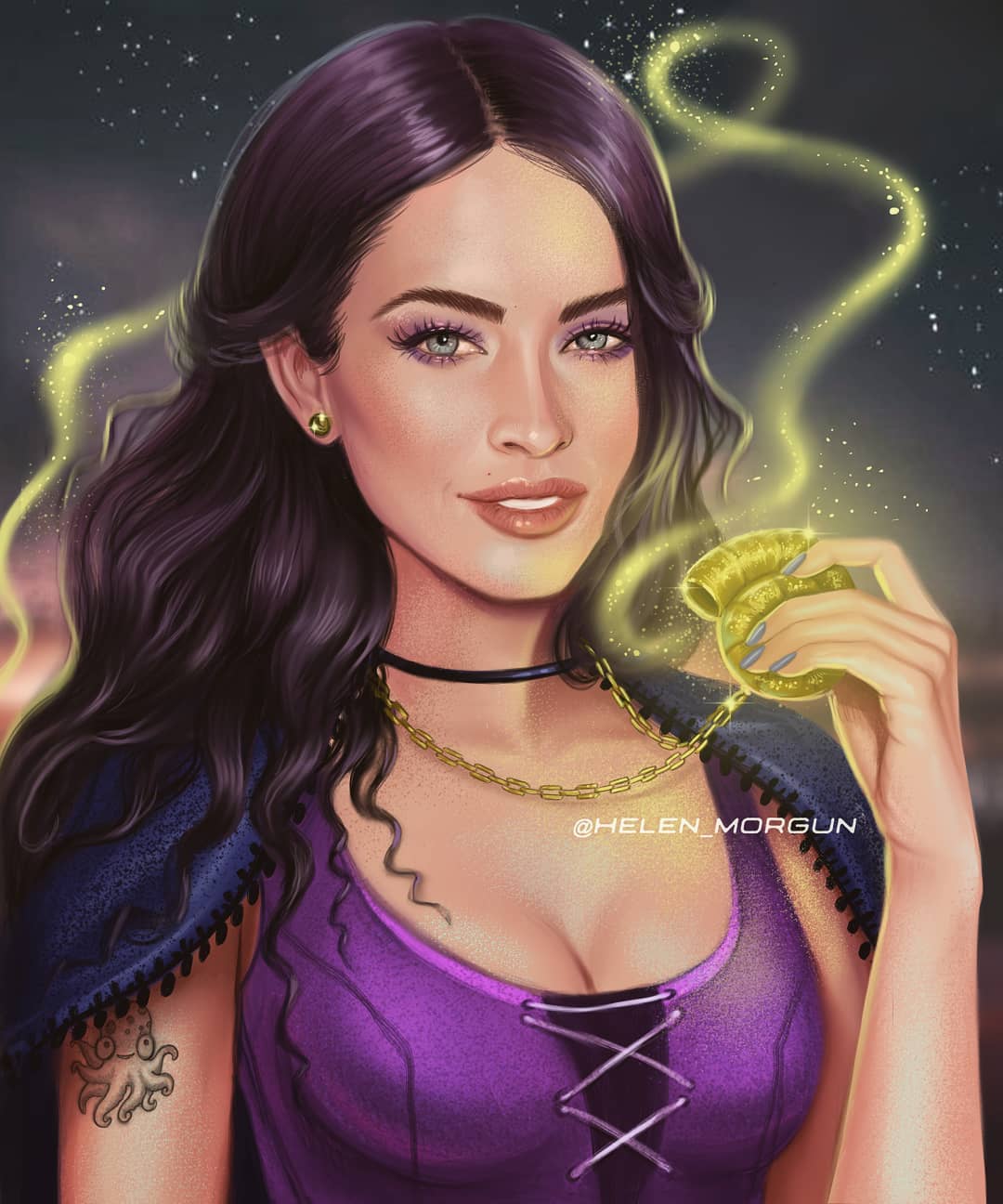 It was rumored that Megan Fox would play Vanessa in the upcoming The Little Mermaid live-action movie. Whether or not that turns out to be true, this fan art shows what the actress would look like if she was cast as the sly human persona that Ursula transformed into to prevent Ariel from earning Prince Eric’s affection. Fox has played cunning and deceitful roles before ― like Jennifer Check from 2009’s Jennifer’s Body ― so playing Vanessa would likely be a walk in the park for her.