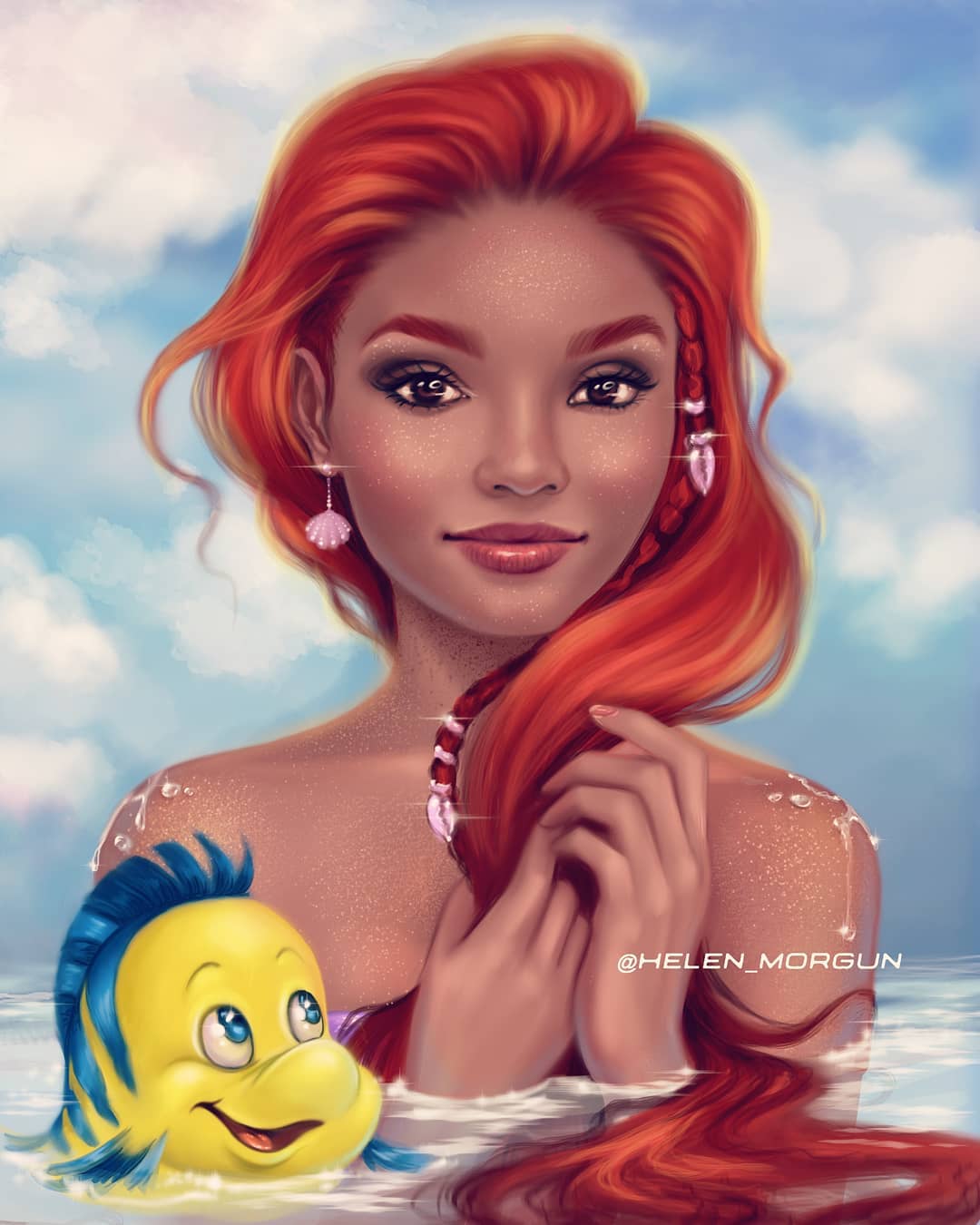 Halle Bailey is set to play Ariel in Disney’s live-action adaptation of the 1989 animated classic, The Little Mermaid. While Disney has yet to release a photo of Bailey as the Princess of Atlantica, this fan art by Helen Morgun gives fans an idea of what the singer-actress would look like as the popular mermaid. Though a lot of people accused Disney of blackwashing after casting Bailey as Ariel, the actress said that the role is “bigger” and “greater” than her, assuring fans that the movie is going to be “beautiful.”