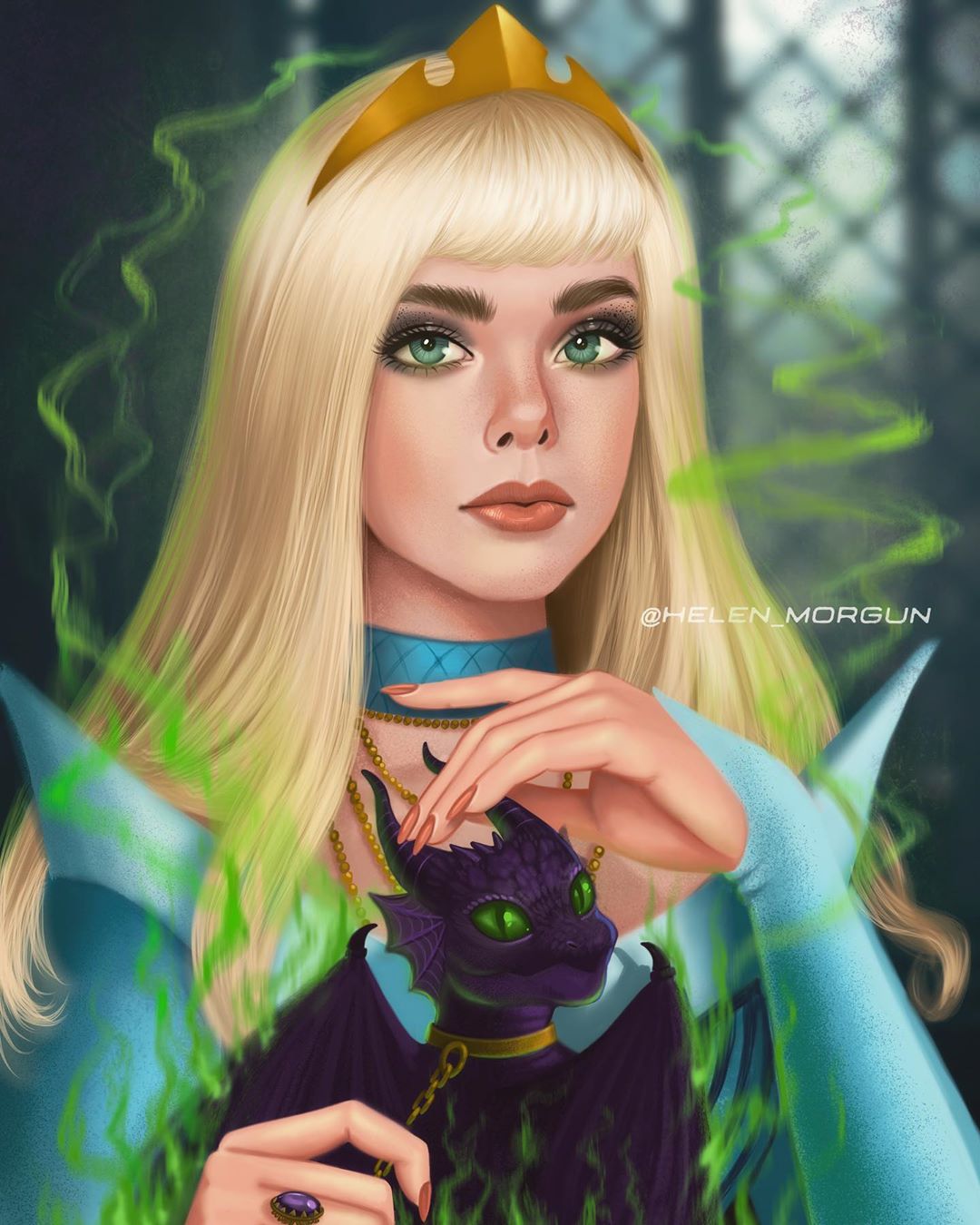 Elle Fanning first appeared as Aurora in the 2014 film Maleficent and reprised the role in the 2019’s Maleficent: Mistress of Evil. In the movie series, Fanning’s Aurora is kind, gentle, and sweet, but for this fan art, artist Helen Morgun reimagined her as a cunning princess who seems to have a lot of tricks up her sleeve.