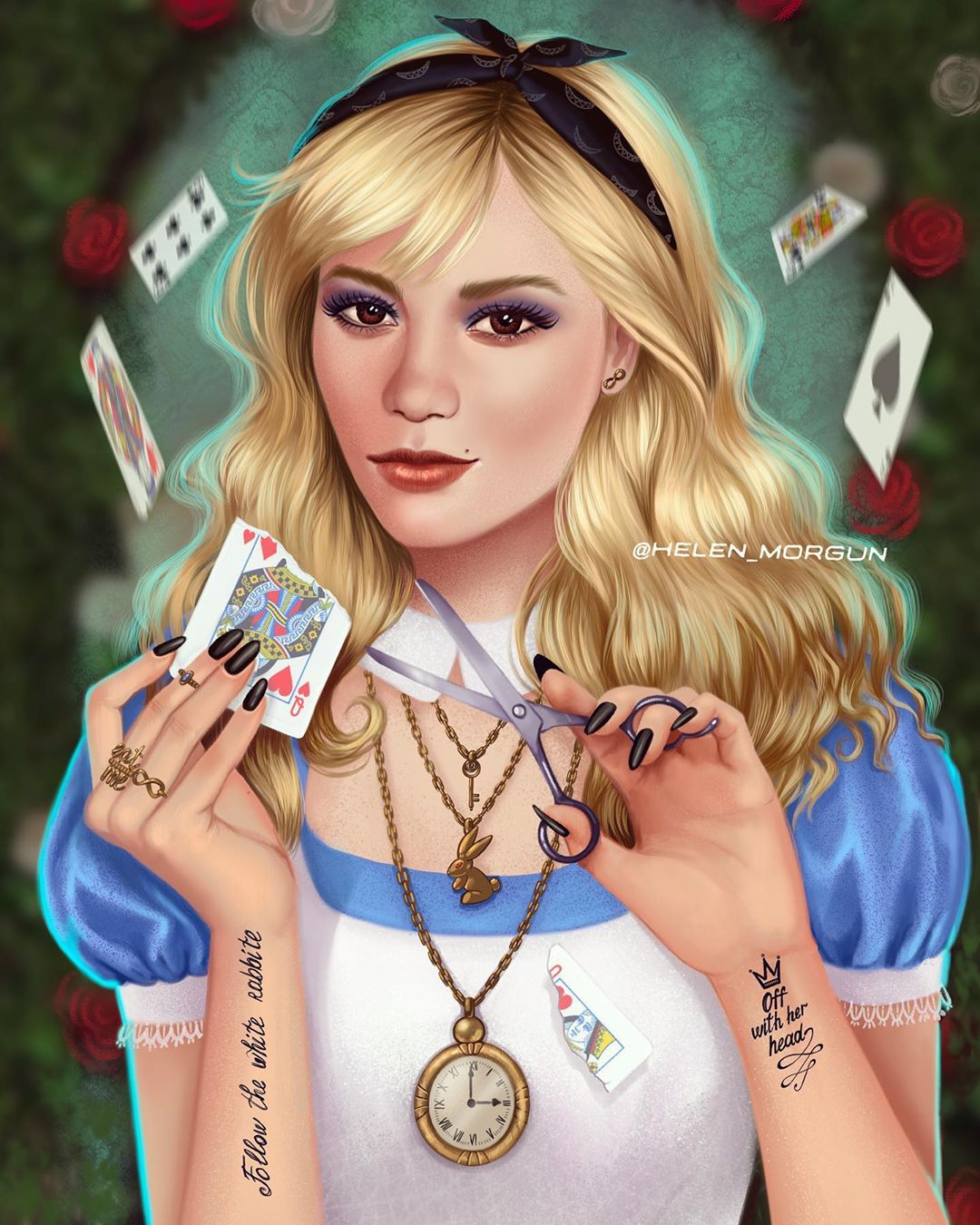 This fan art is a nod to Mia Wasikowska who played the titular character in Tim Burton’s dark fantasy film Alice in Wonderland. Wasikowska’s Alice is a strong-willed and empowered heroine who chooses her own path. Critics praised her stubborn, brave, and non-girlie version of the character, describing it as a role model for girls. For this illustration, however, artist Helen Morgun made Wasikowska’s Alice look more defiant by painting her nails black and by putting badass tattoos on both her arms.