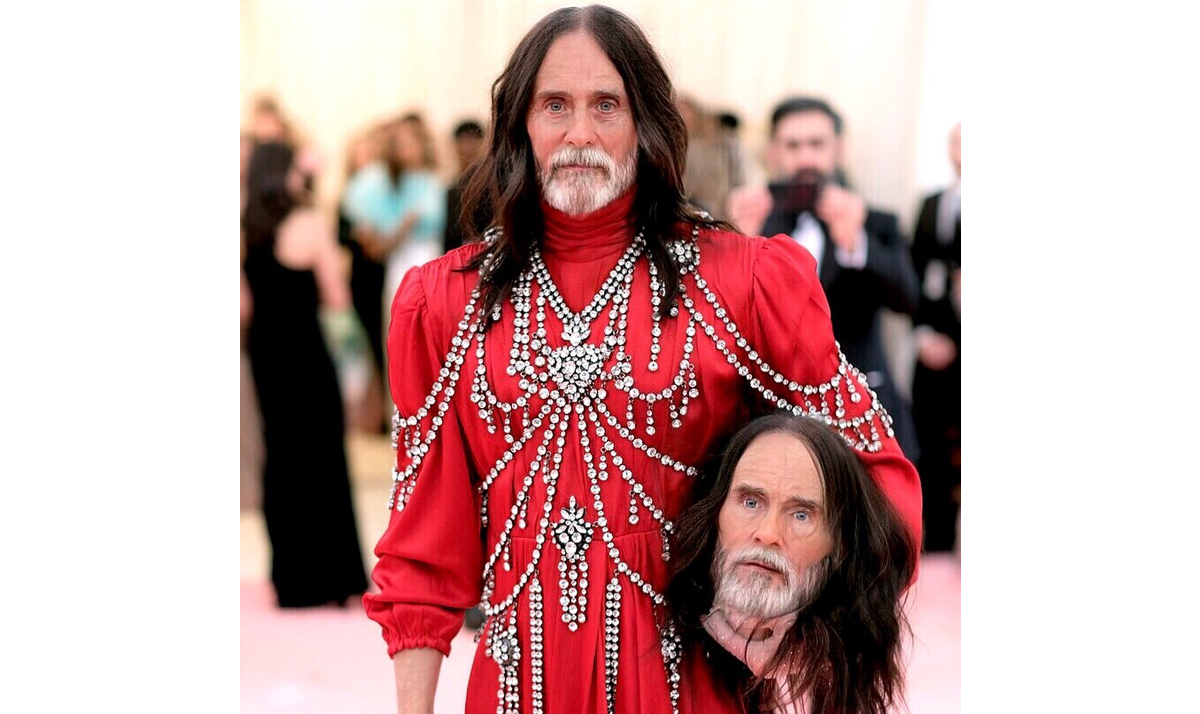 Jared Leto edited a photo of him from this year’s Met Gala, where he wore a silky red high-neck gown paired with his own human head accessory. Obviously, Leto’s head accessory also aged up in the picture, making it a little bit hilarious and creepy at the same time. While “future” Leto looks like Wild Wild West star Kevin Kline, some of the former’s fans don’t think it’s going to happen in real life as they are convinced that the Suicide Squad actor is a vampire that doesn’t age.