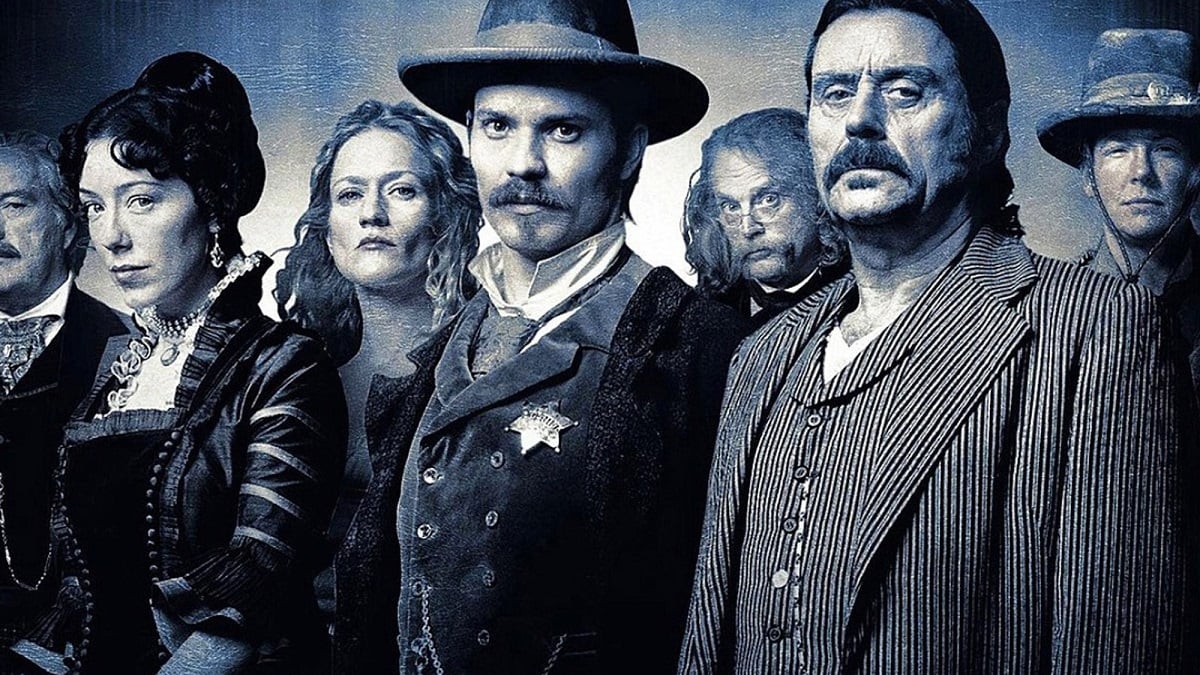 David Milch’s fantastically foul-mouthed Western ended all too soon after three seasons and 36 episodes, but was concluded in suitably epic fashion with a movie that finally arrived thirteen years after the show was canceled.

As the titular town continues to expand and deal with the advances of time and technology, the interweaving plot threads mix historical truths with fictional narratives, creating a complex and satisfying web of mystery and drama.

Deadwood boasts some of the finest writing ever seen on television, and it would have been a travesty had the feature film not tied things up after it was initially canceled long before its time was up.