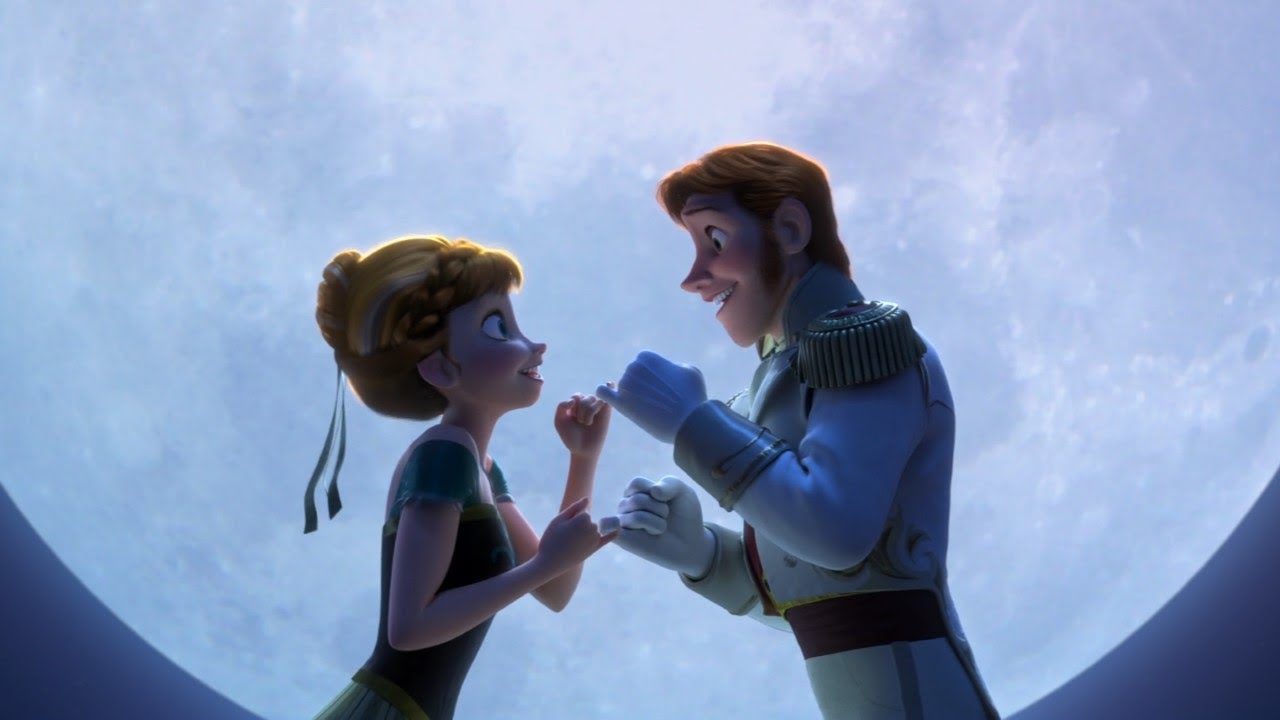 In the first act of 2013’s Frozen, Anna performs a romantic duet with Hans titled Love Is an Open Door. At that time of the performance, Hans is portrayed as an honest and noble prince, but in the final act of the movie, he is revealed to be deceptive, calculating, and cruel in nature. Written by Kristen Anderson-Lopez and Robert Lopez, the song is inspired by the date featured in the 1984 film The Karate Kid.