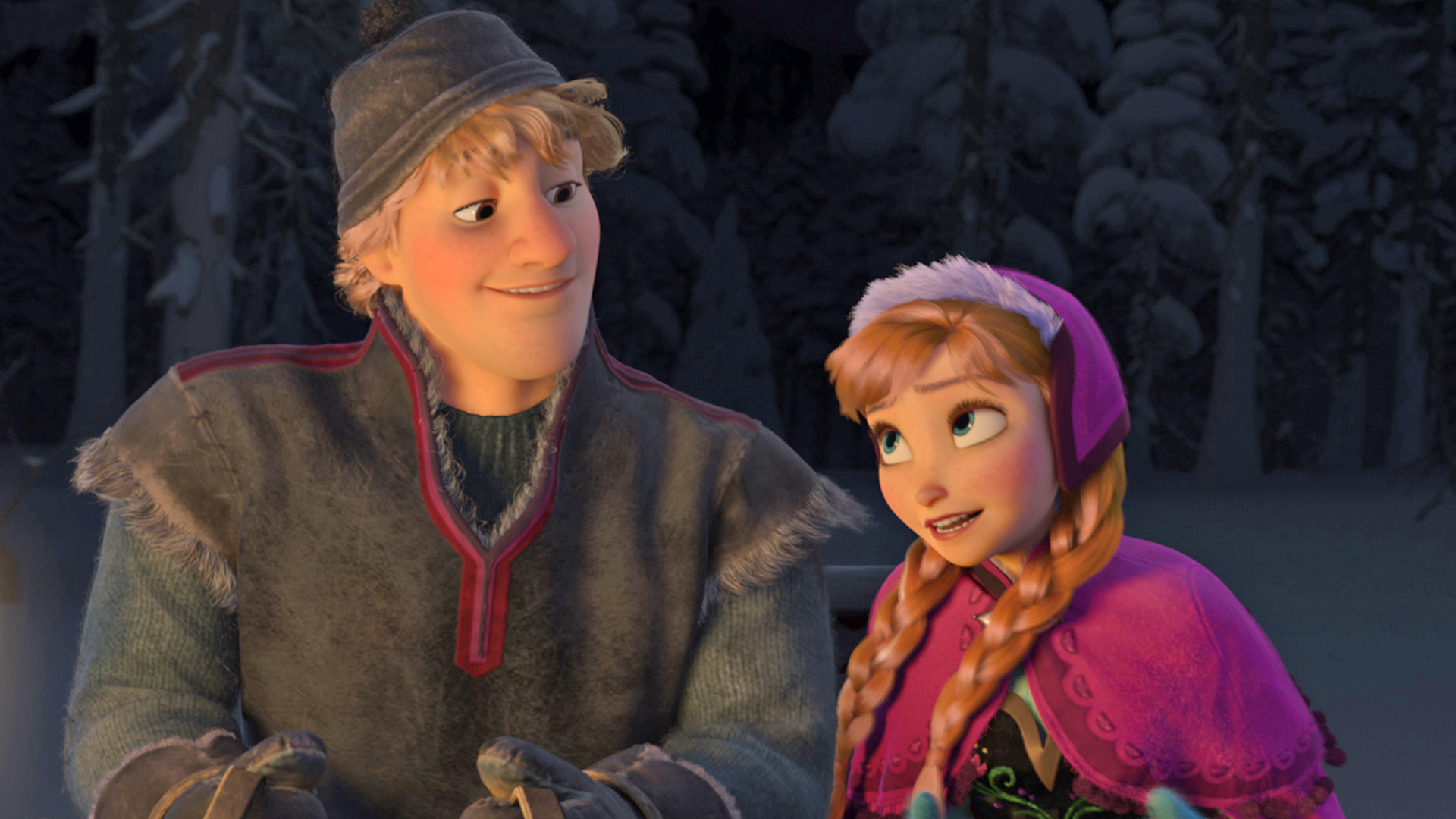 In Frozen, Anna is both pursued by Hans and Kristoff, though only the latter has good intentions. At the end of Frozen II, Kristoff proposes to Anna, making him her fiancé.

Pocahontas, meanwhile, is courted by both Kocoum and John Smith in the first Pocahontas movie and gets another love interest in the form of John Rolfe in the sequel.